Steve Kates– “Dr.Sky” has been engaged in the science of Astronomy for well over thirty years. Sky Source Productions specializing in video and audio programs on many special interest topics in the realm of Astronomy/Aerospace.  Organized the major “Halley’s Comet Watch” in 1986, from High Point State Park in NJ, for well over 5,000 people atop this small spot in NJ. This week talks about first photo of Black Hole in space.

Steve Kates:                       And what’s fascinating about this, John, is there’s a telescope that’s been actually working on trying to detect an image, as you mentioned before, what we would think would be a black hole. Now, there’s no way in heck that anybody could see the center of a black hole, and here’s why.

Steve Kates:                       Inside a black hole there’s an infinite point mass. Like, take a pen and if you pushed it into a piece of paper smaller than that, it’s called singularity. That would be where every bit of energy is pulled in. The radius of that, or half of a circle, is known as the event horizon. And John, the term ‘Event Horizon’ is simply this, if you were in space, and I’m making this sound very simple here on Sunday morning, the event horizon might look like this big gigantic black ball-bearing in space, but be careful what you wish for because if you cross that line or got close, obviously, you or the spacecraft would be pulled in. So what they did with this event horizon telescope, and by the way, it’s not an optical telescope, John, it’s a series of radio telescopes, but what they did is something amazing. Over the years they pulled out an image of what the event horizon looks like, and here’s where it is.

Steve Kates:                       This object, the alleged black hole event horizon, John, is 55 million light years away. It’s a galaxy known as M87, and to me and to the listeners this is just so amazing that they can even get the first definition, at least in a form of an out-of-focus picture if you want to call it, of this thing called the black hole’s event horizon. Totally amazing. 20-30 years ago it’s nothing but the stuff of science fiction.

Steve Kates:                       That’s right John. It would take that long to travel in space, and just it gives you the idea of just how big the universe is. But here’s something listeners could ponder this morning on Sunday morning.

Steve Kates:                       And here’s another one, John, that’s really amazing. If the Earth, as crazy as that sounds, were to be compressed and turned into a black hole where, of course, the speed of light, obviously, pulls everything in, it would be nine millimeters in diameter. So could you imagine the great forces? Something that we really don’t understand in this world no matter who the scientists are. They have a better grasp than, let’s say, you and I do if they study theoretical physics, but, John, there’s so much to learn on these. The understatement of the entire day, and morning, that we’re just literally scratching the surface on these incredible discoveries.

Steve Kates:                       John, we just passed the beautiful pink full moon. The first of the non-super moons that occurred back on Friday morning, but the sky watchers have clear skies, wherever the show is, going all over the place around the country and around the world. If you look, let’s say Sunday night, tonight, into your skies you’ll see less than a full moon. It’s called a waning moon, but it’s still quite beautiful. But John, it leads to the rest of this discussion.

Steve Kates:                       We have a meteor shower now which will be peaking on early Tuesday morning. It’s called the Lyra Meteor Shower and it comes from a group of stars, a constellation, called Lyra the Harp. So here’s how people might be able to see it in clear skies, again I’m being up front, there’s a lot of moonlight to maybe take away from the meteors, look to northeast sky after midnight. The moon, of course, will be still bright. But there’s a bright star in that region of the northeast sky, John, it’s called Vega, it’s 27 light years away, the brightest star in Lyra the constellation. And here’s a meteor shower, even if you get to see two or three of these shooting stars, remember they’re debris from a comet called Comet Thatcher.

Steve Kates:                       And John, here’s a fact, this is one of the oldest meteor showers ever observed by mankind. Observations of the Lyra’s go back to about 687 BC and there’s so much to learn, John. But the [inaudible 00:05:45] of the nighttime sky, as Doctor Sky always reminds everybody, you know and we all love it, as far as what we can do and see in the sky always remember to keep your eyes to the skies. Pretty cool stuff.

Steve Kates:                       Just go to doctorsky.com and you’ll be able to get some information. And particularly, John, on the website go to ‘Satellite Locator’ and you can actually predict the time of passage of spacecraft above your cities. Plug in your city and the dates and such. You could see amazing things like the Space Station and the Hubble Space Telescope. A lot of amazing world John, and Happy Easter and Happy Passover. 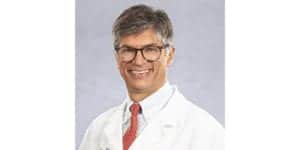 Dr. Joshua Hare – Stem cells truly one of life’s phenomena and we are just beginning to learn. 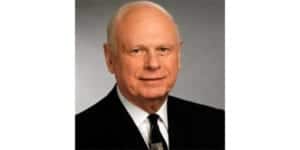 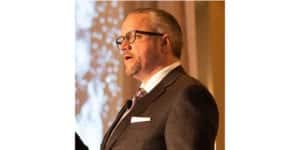 Secretary Spencer Abraham - Imported Uranium national threat
Comment
Mike Haduck - Notre' Dame since 1163
This site uses cookies. By continuing to use this site you agree to our use of cookies: Find out more.