Adam Higginbotham is an English author of non-fiction and feature articles.  He recently completed Midnight In Chernobyl: The Untold Story of the World’s Greatest Nuclear Disaster. The former US correspondent for The Sunday Telegraph Magazine and editor-in-chief of The Face, he lives with his family in New York City. Chernobyl in 1986 is one of the two worst nuclear disasters to ever happen.

John C.:                You wrote this new book, and I understand you did a lot of research on Chernobyl. Do you want to fill in the American people of what happened in Chernobyl and what’s happening now?

Adam H.:              Well, what happened is that almost exactly 33 years ago, April 26, 1986, a nuclear accident happened during the course of a safety test at reactor number four at the Chernobyl Nuclear Power Plant in what was then the Soviet Republic of Ukraine. The result was that this enormous nuclear reactor exploded and caught fire, and so a huge amount of radioactive contamination immediately escaped from the reactor, and the reactor continued to burn for several days releasing a pillar of radionuclides into the atmosphere that eventually encircled the entire Northern Hemisphere and contaminated a lot of Western Europe, and a lot of that contamination remains there today.

John C.:                Now, I understand … and we have not talked about this. My forefathers are from Greece and the Mediterranean area, and their life expectancy was 95, 100, and in the last 10, 12, 15 years, there’s been an abnormal growth of cancer. Do you think the possibility exists that it evolved through Chernobyl?

Adam H.:              I think the possibility of that is pretty remote because a lot of study has been done on the radioactivity released from Chernobyl and the links that can be made between that and the increase in cancer globally, and it has to be said that it’s all but impossible to make a direct link between radiation and any given cancer, probably because the background rate of cancer is so high, but the UN released a study in 2008 where they suggested that in the entire area was affected by the accident and by the radiation released by the accident there’d be an additional 25,000 cases of cancer in total in that area. So, the idea that it would have caused such a major spike in Greece seems unlikely given the size of the population of Europe; about 25,000 people as a proportion of the population of Europe is a tiny fraction.

Adam H.:              Well, the contamination spread across Ukraine and across Belarus, which was to the north of the reactor, and was actually the most badly contaminated area, and into Russia. The plume of contamination did spread further than that, and as a result of that, vegetable sales were limited in Italy, for example, and children in Poland were forbidden from drinking milk, which could be contaminated with radioactive Iodine-131. Those restrictions were lifted in most countries in the months after the accident, but contamination in places that were heavily affected by fallout carried in rain, in places like the hill farms of North Wales and Great Britain and in Scandinavia, those restrictions persisted for years after the accident, but I’m not sure that now there needs to be much concern about contaminated food stuffs.

John C.:                Now, tell us what else you write your book. Did you interview many Russians, and what did they say to you about what life was afterwards?

Adam H.:              What life was like after the accident? I mean, I did, I interviewed around 80 people in the end in order to reconstruct the events of the accident and the aftermath and the prelude through the eyes of those people who lived through it. So, in the end when I came to write the book, I concentrated on the stories of a handful of people who carry the story through from the beginning of construction on the plant in 1970 up to the present day. The effects on their lives were all pretty profound in one way or another, and indeed some of the people I spoke to died during the course of my reporting as a result of radioactivity that they were exposed to during the accident.

Adam H.:              I mean, there were a lot of interesting stories, in fact so many that I couldn’t really include all of them in the book, but the one protagonist who I became less fond of … It was a woman named [Maria Protsenko 00:05:25], who was the chief architect of the City of Pripyat, which was the city that was built to house the workers who worked at the Chernobyl plant and their families. Before the accident, she had presided over the expansion of the city and was planning to expand it from a city of 50,000 people to 100,000 people, but when the accident happened within 24 hours, she became the person who was responsible for finding out how to organize the evacuation of all of these people because the town became so contaminated with radiation from the plant. She had to find the 1,225 buses that were necessary to get the population out in the space of three or four hours on a Sunday afternoon.

Adam H.:              Then, ultimately, this woman who had been responsible for expanding and building the city was also the person who was responsible for deciding where the fence would be built around it so that it could be closed off from the rest of the world forever. I think her story is one of the ones that resonates most strongly with me.

Adam H.:              Yeah. She actually stayed behind after the evacuation was finished to make sure everybody had gone and then remained behind in the middle of the exclusion zone for months afterwards helping with the administration of what, by then, was a radioactive no man’s land and continued to cling to the hope that as the population had been promised, everybody would come back one day, little suspecting that the city would be a ghost town within months.

Adam H.:              Well, the exclusion zone around the Chernobyl plant remains the same as it was, or similar to what it was, in 1986, which was 30 kilometers, or around 18 miles, but that area has been kind of gradually expanded by the Ukrainian and then the Belarusian government. The city remains a radioactive ghost town, although now it’s become sufficiently safe after the half-life of the radiation has declined and the area’s been decontaminated to certain extent so that now it’s become a popular tourist attraction for visitors from Kiev and from all over the world. I think 70,000 people visited the City of Pripyat last year.

Adam H.:              Yeah, you can enter the exclusion zone. You go through the perimeter fence and there’s a police checkpoint there and buses will take you in and you can get out and walk around this abandoned city, which is left as it was in 1986. So, the Soviet stars are still on the lamp post and the portraits of party leaders are still there [inaudible 00:08:16], and you can walk around for a couple of hours with a guide and take your picture of the abandoned Ferris wheel that was never ridden, and then you can leave again.

Adam H.:              Well, there’s a popular notion that wildlife has returned to repopulate the exclusion zone and has thrived despite the contamination and despite these hotspots of radiation that persist within the exclusion zone, but the truth is a little bit more complicated than that. It seems that it’s more accurate to say that these animals, many of them are rare species that haven’t been spotted in that part of Ukraine before this for a long time, have returned because there are no people there anymore. Previously, the Ukrainians were extremely enthusiastic hunters and fishermen, but now all these animals have been able to return and breed in the absence of mankind. So, I think it’s more accurate to suggest that although we know that radiation is definitely bad for animals, mankind is eminently worse.

Adam H.:              Yeah, I think that … Well, I set out to write the book with the intention of de-mythologizing a lot of the kind of folk tales that have been told about Chernobyl and have been reproduced in accounts of what happened that have been recycled over the years. So, I set out to go and talk to people who are actually there and test some of these stories and research what really happened through declassified documents and other information that was firsthand material. I think that what I ultimately produced, what I hoped to produce, was a definitive account of what really happened that told the story in a way that readers could understand through the eyes of the people that actually lived it, and hopefully that’s what you’ll see if you read the book.

John C.:                Adam Higginbotham, thank you so much for coming on our show and thank you for telling the American people the truth and what really happened. We hope to catch up with you again sometime. 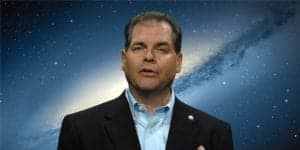 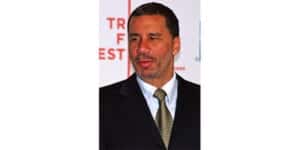 Former Gov. David Paterson – Crime at the top of every campaign agenda. 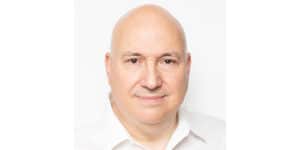 Douglas Schoen - Bitter politics
Comment
Steve Moore - Nominee for Federal Reserve
This site uses cookies. By continuing to use this site you agree to our use of cookies: Find out more.