– “The Employees Rights Act (which has over 100 co-sponsors in Congress) changes the law that was passed in 1947, known as the Taft-Hartley Act, to give employees a 21st Century set of rules concerning employees and unionization.
– The Employee Rights Act contains 8 provisions giving employees more rights, including guaranteed secret ballots and the ability to control their dues money that is being used for political purposes that they don’t agree with.
– On the proposed $15 minimum wage in NYS: “Research shows that for every 10% increase in the minimum wage you lose 1-3% of the jobs for the unskilled, generally younger people.”
– “You put that minimum wage up to $15, which is almost a 100% increase over the federal rate…we are going to have a demographic, cataclysmic meltdown in this country when we have these large number of people who have never had a job before…16 & 17 tear olds can’t get a job at $7.25 per hour, they’re not going to get one at $15 per hour.”

Rick Berman founded Berman and Company, a full-service research and communications firm in 1987. Prior to that Rick was employed as an Executive Vice President for Pillsbury, corporate attorney for Bethlehem Steel and The Dana Corporation, as well as Director of Labor Law for the U.S. Chamber of Commerce.  Through his public affairs firm Berman and Company, Berman runs several industry-funded non-profit organizations such as the Center for Consumer Freedom, the Center for Union Facts, and the Employment Policies Institute. Berman’s organizations have run numerous media campaigns on the issues of obesity, soda tax, smoking, cruelty to animals, mad cow disease, taxes, the national debt, drinking and driving.

Rudy Giuliani – Biden family in his sights. Democrats not happy. 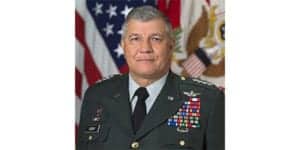 Robert Ray – Impeachment was never in the cards with the GOP majority in Senate.