David Williams is president of the Washington-based Taxpayers Protection Alliance, known for exposing and combatting governmental waste and mismanagement that is hurtful to taxpayers. Before TPA, David spent nearly 20 years pursuing the fight for fair treatment of taxpayers at Citizens Against Government Waste.

David Williams:                  We are a taxpayer watchdog group based in Washington, DC. We look at spending. We look at taxation. We look at transparency. So, really, everything for taxpayers, and consumers to a certain extent. We’re, I guess, a full-service taxpayer group looking at how the government spends money.

David Williams:                  There are some people that are concerned about 5G technology and the effects it has. But the way we look at 5G wireless technology is that it’s a way to close the digital divide. Right now, a lot of people in this country don’t have high-speed broadband. 5G wireless technology will be 100 times faster than 4G, what we currently have. This’ll be done without taxpayer money. That’s the best part of deploying 5G, is that the private sector, companies, will be deploying this, will be spending the money to do this. That’s why we’re so excited, is that no taxpayer dollars are going to be used and we’re finally going to be able to close the digital divide in this country.

David Williams:                  That’s exactly it, is that this will be wireless. Cable companies won’t have to run cables up to everyone’s home to get high-speed broadband. It’ll be done wirelessly. This will be able to happen in the cities, on the countryside. I heard that farmers are excited for 5G because there’s a lot of agricultural sort of applications that can be use for 5G. So this is something that’s, again, going to help individuals, but also businesses, small businesses, large businesses, and really just get everyone connected. We’re also talking about students. Students in rural areas and some in urban areas that have to sit outside of a restaurant, a fast food restaurant, to get Wi-Fi, to get connectivity. We need to solve that. I mean, that’s ridiculous that a student has to sit inside a fast food restaurant or outside one to connect to the internet. 5G really is going to help us get close to 100% broadband across the country.

David Williams:                  We’re concerned about that because this is an asset. This is a taxpayer asset and we want the FCC to conduct this auction to lease the spectrum, so not only do taxpayers get the benefit of the money coming into the Treasury, but that we’re assured that it’s an open and fair process, is that the FCC has this process to sell the spectrum, to lease the spectrum. That’s why we’re involved in this is that there’s a potential that if these satellite companies sell it that it’s not going to be used for the best purpose. Again, as a taxpayer group, the money isn’t going to go to the Treasury.

David Williams:                  That is absolutely correct. Let me just repeat, again, is that these satellite companies did not pay for the spectrum in the first place, so they don’t have a real good claim here. It’s not as if they spent a lot of money on this and the- 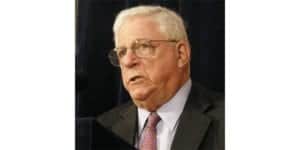 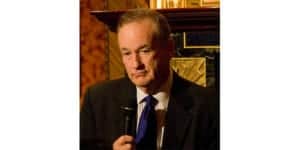 Congresswoman Elizabeth Cheney - Speaker Pelosi has lost control
Comment
Arianna Huffington - 75% ailments cured by lifestyle
This site uses cookies. By continuing to use this site you agree to our use of cookies: Find out more.