Bill O’Reilly: This is What the Left Will Bring You 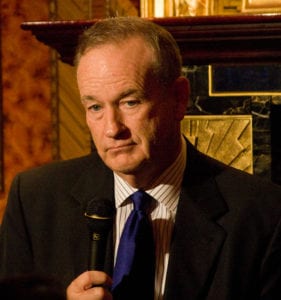 This week President Trump and Democratic presidential nominee Joe Biden spoke at “dueling” town halls on Thursday, sparking a debate about the treatment of the candidates by the major news networks.  Conservative critics such Bill O’Reilly were quick to point out a streak of bad faith in the President’s town hall on NBC, and it contrasts with the tone of Biden’s ABC town hall.

O’Reilly framed not just the town halls, but the election itself, as a battle between “common-sense up against corruption.”   According to O’Reilly, this corruption includes a mainstream media that has “allied itself with the Democratic party in order to get Joe Biden elected.”

“Trump is running against the media, as well as Joe Biden,” O’Reilly told The Cats Roundtable,  adding that the “enormous amount of influence” of social media platforms and the mainstream news

has long been aimed against Trump.

“The corruption on display on that night of the two town halls, Thursday night, should convince every single American that we’re not living in a fair country, media-wise,” O’Reilly said, adding he had predicted that NBC would use the president in an attempt to “lay him out.”

To O’Reilly, the handling of the town halls was part of a larger attack on American values, an attack Democrats would use Biden to help implement.

On top of radical socioeconomic policies, O’Reilly warned against the ongoing erosion of free speech, led by social media companies “run by leftists” and “not dedicated to hearing all points of view.”

O’Reilly’s criticism of social media companies came on the heels of recent censoring of an October report by the New York Post on Hunter Biden.  The New York Post broke that it had obtained emails that proved Hunter Biden had sold access to Vice President Biden, with Twitter reportedly flagging the post as part of the social media giant’s larger campaign to curb misinformation ahead of the election.

Critics of Twitter and other social media platforms say their terms of service often target conservative views and users, and even outright assisting in Biden’s presidential campaign.

But O’Reilly fears that his warnings against a Biden-Harris ticket aren’t “seeping in,” telling The Cats Roundtable he couldn’t “calibrate who’s going to win this election.”

“The Trump support is more passionate than the Biden support,” he admitted, but added, “there are many more millions of Americans who despise Donald Trump.”

But O’Reilly wouldn’t call November “a lock for Biden.”

He told The Cats Roundtable that this election went deeper than just a vote for Trump or Biden, for Republican or Democrat.  It dug at the very heart of America, and O’Reilly said he wasn’t sure Biden voters knew what America they were voting for.

“If you’re going to vote for Joe Biden, just understand what you’re voting for,” O’Reilly said.

“I think that at this point, with the election coming up, that people need to step back—all voters, Trump voters, and Biden voters and people who just don’t know—and say, ‘What kind of country do you really want?’  You’re not voting for Trump or Biden, you’re voting for, ‘Do you respect, and are you comfortable, in America today?’”

John Catsimatidis · Bill O’Reilly 10-18-20
Previous Post Bill O'Reilly - The biased media is so influential in this election.
Next PostGovernor Ed Rendell: Two Weeks is an Eternity in Politics

Bill O'Reilly - The biased media is so influential in this election.
Comment
Governor Ed Rendell: Two Weeks is an Eternity in Politics
This site uses cookies. By continuing to use this site you agree to our use of cookies: Find out more.