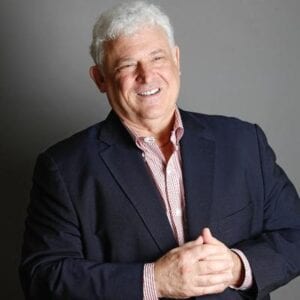 America’s vaccine rollout has fallen short of its goal of 20 million vaccinations by the new year.  Reports of vaccines going unused around the country continue to grow, whether because of bureaucratic red tape, or public skepticism and disinformation.  But medical experts across the country are almost unanimous that more needs to be done to get vaccines in the arms of Americans as the pandemic continues to surge across the country.

Dr. Arthur Caplan, the director of Medical Ethics at NYU Langone Medical Center, told The Cats Roundtable that the vaccine distribution of the Pfizer and Moderna vaccines were “not where we should be,” dubbing reports that vaccines were stuck in warehouses “unacceptable.”

Caplan advocated strongly for a more proactive distribution plan, explaining many of those given priority still had not been vaccinated after the federal government “sort of dumped it on the states to distribute.”

“I’m in the camp that says, you know, you’re getting hung up on who goes first—just get it out of the warehouse, and get it into people’s arms,” Caplan said.

Caplan sounded the alarm about the necessity of getting people vaccinated as new strains of the virus begin to take hold, including a UK mutation that has already been detected in the US.

“I wouldn’t freak out about it,” Caplan told The Cats Roundtable, as the new strain isn’t shown to be more deadly, and researchers are confident the current vaccines can fight new strains.  But Caplan insisted, “At the same time, you want to make sure you get the vaccines out rapidly because this could get worse through higher transmission.”

But Caplan’s most important advice, speaking as someone who has gotten the vaccine himself?

“Don’t refuse it,” he said with finality, adding the side effects, which for him included a sore arm, were “manageable.”

He mourned reports that front-line workers and high-priority people were refusing the vaccine, telling Americans: “When you get your chance, take it.”

The urgency for Caplan cannot be more consequential.  With Americans facing record cases and record deaths, it’s this vaccine distribution that is the real answer to the question of when America can begin to open its doors again, albeit with a new understanding about how we share our social spaces.                 To get to that beginning of normalcy, Caplan believes it would require 50% to 60% of the population getting the vaccine, to tamp the pandemic down, a percentage of the population President-elect Biden has said is months, if not years, away at the current vaccine rate.

“That’s what we want to get, so get vaccinated,” Caplan urged.  “Tell your mom and dad to get vaccinated—don’t turn it down, that’s not the right strategy to getting back to normal.”

Dr. Arthur Caplan - Vaccine roll out hits snag(s)
Comment
Gordon Chang: 2021 Starts With “Unrelenting Propaganda Assault” from China, Russia
This site uses cookies. By continuing to use this site you agree to our use of cookies: Find out more.