Gordon Chang: On the Front Lines of Freedom 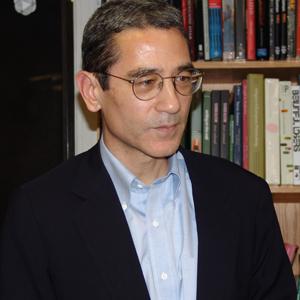 On Friday, the U.S. and China announced phase 1 of a trade deal, giving a glimpse into the end of the trade war sought by both countries. The Chinese announced it would cut tariffs on $360 billion of U.S. goods, with commitments to purchase U.S. agriculture, while the U.S. agreed to lift penalties on $120 billion worth of goods and put a hold on scheduled tariffs on $100 billion worth of Chinese products.

While it looks like a deal has gone down, Gordon Chang sought to give his take on the latest developments on the trade deal with China, as well as U.S.-North Korea relations and the future of pro-democratic protests in Hong Kong.

Though the announcement this Friday was positive, Chang says the history of the Chinese-U.S. trade relationship advises caution, citing the differences in the announcement from Chinese officials and the Trump administration. Chang calls the Chinese promises “vague,” and that the crux of the problem is that the Chinese haven’t committed to a specific amount of agricultural products from the U.S.

“That’s an important difference between what the administration is saying and what the Chinese are saying,” Chang told The Cats Roundtable.

Chang is wary, recalling China’s performance at having “dishonored every trade deal with the U.S.,” and while the U.S. has promised to lift tariffs upfront, he is doubtful China will follow through on its end of the bargain.

As for the pro-democratic protests in Hong Kong, Chang is unequivocal. “Right now you have Hong Kong society in revolt,” he declared. The protests that began this past summer, have often folded into violence, but Chang noted that in the past weeks there have been relatively few disturbances, and he believes Hong Kong society is currently “taking stock” of their situation. With Beijing’s “intransigent position,” and despite the election of pro-democratic representatives to the Hong Kong administration, Beijing is “still not getting the message.”

Though there are fears of armed intervention by Beijing, Chang is hesitant.

“I don’t think so,” he said, saying that with Hong Kong’s position as a “golden goose” as well as the chance of military casualties, the likelihood of a formal deployment of troops would unify Hong Kong.

Chang’s perspective on North Korea is a little bleeker. With Kim Jong-un giving Trump a year-end deadline to come to a deal that would lift sanctions imposed on North Korea, Chang thinks we can expect a ramp up of North Korean posture.

“Obviously we’re not going to meet that deadline,” Chang said. “The sanctions will continue, which is what North Korea doesn’t want.” He says there’s a strong likelihood of some sort of provocation, recalling a promise by a North Korean official to give the U.S. a “Christmas gift.”

“We’re going to see months of friction as Kim Jong-un tries to get out from under his promises to give up his missiles and his nukes,” Chang said.

Overall, he thinks that Asia will continue to be a focus of attention, saying that the region is “very much in trouble.” Criticizing the “pro-North Korea” President of South Korea Moon Jae-in, Chang says that the U.S. “is in danger in South Korea,” calling it “our front line of freedom.” He continued that the instability on the Korean peninsula is unlikely to change any time soon with the South Korean economy in the red multiple quarters, and North Korea’s continued provocations.

As for the Chinese economy, Chang says it’s hard to gauge China’s development. He’s doubtful of China’s claimed 6.0% GDP growth in the third quarter of this year, calling it “extremely unlikely.”

While there are many signs that point to China’s economy contracting, Chang believes the mystery surrounding the real numbers is tied into the state-centric model China’s General Secretary Xi Jinping is building.

“I can’t believe it’s growing more than 1 percent,” Chang said, “and if you told me it was growing negative…I’d tell you I’d believe that as well.”

Sidney Powell - Egregious liberties taken by FBI in the FISA application.
Comment
Congressman Lee Zeldin: Democrats Throwing 2020 Chances Under the Bus
This site uses cookies. By continuing to use this site you agree to our use of cookies: Find out more.