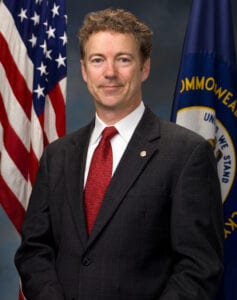 As Congress debates the outlines for a new pandemic relief package, conservatives like Senator Rand Paul have taken an outspoken stand against what they see as a lack of fiscal discipline.  Negotiations between Republicans and Democrats stalled after McConnell pledged to keep the size of the aid package at $1 trillion, but McConnell’s decision hasn’t satisfied some Republicans.

Paul is worried lawmakers are not asking the tough questions, such as where the money would come from in the first place, or how it would be paid back.

“The way I see it is we really don’t have any money here,” Paul declared, adding it was important for people to understand “there is no rainy-day fund in Washington.”

“It’s not like we can walk over to the Federal Reserve and open a big safe door, we look in, and there’s a big pile of money we can send to everybody,” he explained.

Paul also warned against the risk of burdening an already ballooning budget with another relief package, asking The Cats Roundtable if Congress wasn’t passing the consequences onto future generations.

“If interest rates rise on this enormous debt, what we’ll find is interest will consume most of the budget,” Paul noted, pointing to the fact that the pre-pandemic interest rate was already “one of the largest items in the budget.”

But Paul was also worried the narrative for a relief package ignored the long-term consequence, suggesting it could speed “up the demise of Medicare and social security.”

Paul’s frustration over the budget quagmire predates the pandemic.  Fiscal conservatives have long decried policies that enable a never-ending deficit, which can work if the Federal Reserve keeps interest rates low.

But Paul pointed to soaring interest rates of the late seventies to prove the point that sometimes the system falls apart.

Add this to what he sees as a complacency in the dollar, and you have a recipe for a repeat of the past.  While he still believes the dollar remains the currency standard, the Kentucky Senator said he and  others were worried “about the currency and what we’re doing about it.”

Paul then turned his attention to the civil unrest around the country, as a growing chorus of voices calls for investigations into the funding behind radical groups such as anti-fa.

“There appears to be more organization to this spreading chaos,” Paul told The Cats Roundtable.  “There definitely people out there…working hard to use this opportunity to cause mayhem,” he said.

He criticized Democrats for their handling of the unrest and called on voters to oust leaders who have fostered chaos.

“We believe the blame needs to accrue where the blame should accrue,” Paul said.  “Republicans didn’t create the mess in our cities.”

Paul went on to criticize Democratic governors for their pandemic response, questioning if the power given to State and Federal authorities during the pandemic would be handed back once the crisis had passed.

John Catsimatidis · Senator Rand Paul 8-2-20
Previous Post Gordon Chang: Biden Has Made It Clear He Has Pro-China Views
Next PostLt. Bob Kroll - There are extenuating circumstances with George Floyd.

Gordon Chang: Biden Has Made It Clear He Has Pro-China Views
Comment
Lt. Bob Kroll - There are extenuating circumstances with George Floyd.
This site uses cookies. By continuing to use this site you agree to our use of cookies: Find out more.