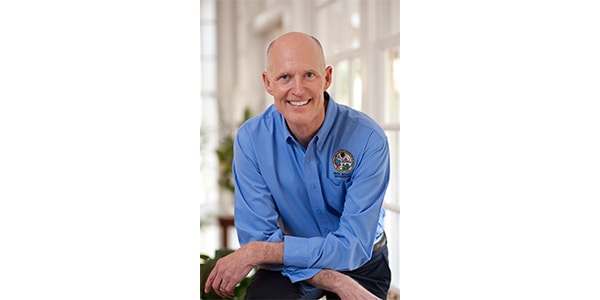 Senator Richard Scott serves as the junior United States senator from Florida since 2019. He previously served as the 45th governor of Florida from 2011 to 2019.  In 1987, after serving in the United States Navy and becoming a law firm partner, he co-founded Columbia Hospital Corporation. Columbia later merged with another corporation to form Columbia/HCA, which eventually became the largest private for-profit healthcare company in the United States.

John C.:                Good morning America. This is The Catsroundtable. John Catsmatidis is here. A lot is going on in the world. And one of the biggest problems we have is Venezuela.

John C.:                With us this morning is our state that is the closest to Venezuela, that’s Florida, and we got Senator Rick Scott. The Senator spent two terms as governor of Florida. Did a great job. He’s a business man, and now becoming a politician, and now a U.S. senator. Good morning Rick Scott. How are you this morning?

Rick Scott:           John, I’m great. But I was down in South America last week. I went to the border of Venezuela, within Columbia, Panama, and Argentina, and the genocide, the death, what the Dictator Maduro is doing in Venezuela, is just disgusting. I talked to moms with little kids that have been sleeping on the streets. In fact, the children that are walking hours a day to try to get to Columbia for food, and to school. I talked to individuals that run a food kitchen, that are serving 5000 meals a day. Many of these individuals are getting one meal a day, waiting three or four hours to get some rice, or beans, and soup. And this is just disgusting, what’s going on.

Rick Scott:           We’ve got to get rid of Maduro. And if we don’t get rid of Maduro, here’s what’s going to happen. We’re going to have Syria in our hemisphere. We’ve got Russia, China, Iran, Hezbollah, in Venezuela, along with Cuban thugs that are defending the president. Defending Maduro. And so we have got to figure out how to get Maduro out, and bring in democracy and freedom to Venezuela.

John C.:                Everybody saw this week that there were jeeps running over people driven by Cubans. Were you able to see that?

Rick Scott:           Yeah. It’s disgusting. Maduro doesn’t care about his citizens. He’s starving them to death. 90% of the families don’t have enough money for food. 80% of the kids under five have some sort of malnutrition. Thousands of people have died because they’re starving to death.

Rick Scott:           Think about this. President Xi from China, President Putin from Russia, the thugs from Cuba, the Castro regime, the Iranian regime. They’re all supporting the guy that is killing his own citizens. If you care about … We have got to figure out how to help them. I think the United States, and every democracy in the world, has got to step up and make sure. We make sure everybody understands that Maduro is a pariah.

Rick Scott:           And then on top of that, we’ve got to look at using our military to take in humanitarian aid to stop this genocide.

John C.:                I understand the Russians have a lot of troops there. The Cubans, from Cuba, are definitely there. What’s going on with the opposition to Maduro?

Rick Scott:           It’s coalesced around Juan Guaido. There is a duly elected National Assembly in Venezuela. Juan Guaido is the head of that. Under the Constitution, he is the rightful president right now. There was a sham election earlier this year, with Maduro. Over 50 countries, including the United States, recognize Juan Guaido as the legitimate leader, and the legitimate president.

Rick Scott:           And so we all have to stick together, and make sure Maduro steps aside. I’m proud of the president for recognizing Juan Guaido. I’ve talked to Ambassador Bolton. Victor Pompeo. I know everybody is working hard to make sure we bring democracy and freedom back. But we’re not there yet. And Americans have got to understand what’s going on there. It is pure genocide. Think about it. It’s little children that are starving to death, because one man has decided that they don’t have access to food, and water, and electricity. All the things that we need.

John C.:                It’s horrible. I am sure there must be somehow we can get support in there. The problem is, you’ve got killers, and the regular Assembly, and the opposition, they’re scared for their own lives. Because you’re facing cold blooded killers, between the Cubans and the Russians.

Rick Scott:           Yeah. And think about what they’ve done to the citizens of Cuba. About what happened to a lady a few months ago, that after Obama’s appeasement of Cuba, after that. So after supposedly something positive was going to happen to Cuba, she complained about that school system, and so the Cuban regime chopped off her left hand. While it was bleeding, stuck it in the mud so she would be infected with hope that she would die. This is only because she complained about the school system.

John C.:                Let’s go to a more pleasant place. Florida. You were the governor of Florida for two terms. You were the chief executive officer. You were a businessman before that. As Chief Executive Officer of Florida, you said, “Let’s do it.” And things got done, and you did a great job. People are moving to Florida.

Rick Scott:           First off, I’m very appreciative of Governor Cuomo. If he will just keep raising taxes, and making it more difficult for business, more people are going to continue to move to Florida. So every time he proposes a new tax, I send him a thank you note. Thank you for doing that. Because what we do, is we get more people moving to Florida, and help continue to build our state.

Rick Scott:           The big difference … But here’s the positive. I loved being the governor. I loved trying to help people. I’m proud of the fact that while I was governor, we added 1.7 million jobs. We paid off a third of the state debt. We cut $10 billion in taxes.

Rick Scott:           So I’m very optimistic that some good things are going to happen in the U.S. Senate. I’ve proposed a few things. We need to have term limits. We shouldn’t get paid if you don’t have a budget. Think about it. When we had government shutdown when I came in in January, why was Congress getting paid? They shouldn’t get paid if they’re not doing their job.

Rick Scott:           I’ve got a bill that’s going to lower drug prices. Drug prices are way too high in this country. Why are we paying more in this country for drugs, than what the same companies sell the drugs for in Europe? That’s not fair to Americans.

Rick Scott:           When I was in business, I was in the hospital business. I said to the companies, I’m not going to pay you more in the United States than I pay you in Europe. It’s not fair to Americans.

Rick Scott:           It’s a pretty big lobby, but I tell everybody … Here’s what I tell … And I’ve had meeting with the hospital industry, the pharmaceutical industry, pharmacies, insurance companies. All these groups. And say, we have got to figure how to reduce the cost of drugs. I’m going to give you my idea. If you have a better idea, come with me. Come educate me. Tell me how you would do it. But we have got to figure out how Americans can get healthcare at a lower price. It’s great that we have the new drugs, but if nobody can afford them, how does that help us?

Rick Scott:           John, most of the time on these hurricanes, when it happens, there’s always like a different issue that it happens. In this last one, in our state, it was the fact that our tourist industry got hurt, and our Air Force base, Tyndall, just got decimated. So that’s why you have these disaster bills. Chuck Schumer, he just doesn’t care. He’s got the information. He doesn’t care whether we rebuild Camp Billings. He doesn’t care if whether we rebuild Camp Lejuene in North Carolina. Here’s a guy that just doesn’t, he doesn’t care unless it’s New York. And that’s not … As a U.S. senator, my job is, I do clearly represent Florida, but I’ve got to act responsibly for the whole country.

Rick Scott:           Well, first off, we had … When I first came into the governor, a little over eight years ago, we had a pill mill crisis in our state, where people … You know, we had so many people. We had eight people a day dying of legal prescription overdose. And so we had to crack down on these pill mills.

Rick Scott:           And then the opioid crisis came up. And then we had Fentanyl. And Fentanyl is coming across our southern border. And when people don’t worry about the crisis on our border, what they don’t worry about is all the Fentanyl coming across. We have Fentanyl, a lot of it coming from China. Again, not a good partner there. They’re flooding our country with drugs that impact our citizens.

Rick Scott:           But whether it’s the opioid, whether it’s Fentanyl, we have got to figure out how to deal with this. As governor, we invested a lot of dollars to deal with one, to rehab individuals, and two, to get laws that really go after people that are selling, whether it’s opioids or Fentanyl. It’s a crisis in this country.

Rick Scott:           I mean, we’ve got a variety of issues. We’ve got the opioid/Fentanyl crisis. We also have just pure prescription drugs and prices are too high. I’m going to do everything I can to represent both Florida, and our country, and try to deal with these issues.

John C.:                We had a conference in New York last week. There was a person in charge of the drug enforcement bureau. And I said to him, “Who is more dangerous? El Chapo, who is just going to jail for 100 years, from Mexico, or the Sackler family, from Purdue Pharmaceuticals, that is killing all the Americans through opioids?” You’ll be interested in the answer. The answer was, he considers them both as guilty.

Rick Scott:           Well, what’s happened is probably something that was beneficial was completely misused, with regards to the opioids. But we’ve got significant drug issues in the United … And I think most families in this country, including mine, have been impacted by somebody that got addicted to drugs. And it’s devastating for that person. It completely changes their life in a horrible way. But it also impacts the family. I watched my mom deal with a son of hers that had an addiction crisis. It’s just so devastating for everybody in the family, not just the individual.

Rick Scott:           Well, I think it’s very important that everybody can get involved in these elections. This is your country. And if we want to fight for democracy and freedom, we all have to get involved. When you see people out there trying to sell Socialism, I mean, why don’t they all move to Caracas? Whey don’t they all move to Havana? If they want to live in Socialism, those are places they can go test it out, and see what happens. It’s very difficult to survive in a place like that. 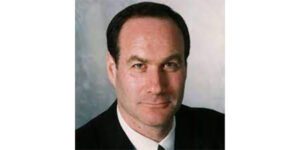 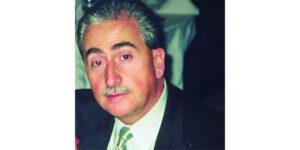 Alejandro Rojas - Navy's new UFO guidelines
Comment
Dan David - The Chinese are gaining on us
This site uses cookies. By continuing to use this site you agree to our use of cookies: Find out more.