Chris Christie: Americans Have Never Walked Away from Risk 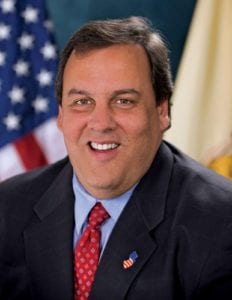 After the stunning reversal of the Justice Department in early May to dismiss the charges against former National Security Advisor Michael Flynn earlier, a federal judge delayed the decision this past Tuesday.

Flynn’s case had been under review by Attorney General William Barr, who found that Flynn had committed no crime when he was interviewed by the FBI as part of the Russia probe.

Former New Jersey Governor, U.S. attorney, and prosecutor, Chris Christie, joined The Cats Roundtable to discuss the Flynn Case, telling us that the decision of the judge was unprecedented in his career.

The dropping of the charges against Flynn is an attempt to get rid of what Christie called “the remnants of the Obama years,” which included the “politicizing” of the justice department by leaders, such as former Attorney General Eric Holder, under the Obama administration.

He pointed to Flynn’s case as an example of the politicization of the rule of law. He also pointed to the recent unanimous Supreme Court decision to dismiss charges against two of Christie’s former aides in the “Bridgegate” scandal.

He told The Cats Roundtable that the Supreme Court’s decision reinforced the criminal justice system being used as a political weapon by U.S. Attorney Paul Fishman to “raise his own profile” and ultimately sabotage Christie’s 2016 presidential bid.

Christie said he is confident in Attorney General Bill Barr and FBI director Chris Rae in the task of “clearing up years of ugliness.” Though Rae has faced flak for his quiet response to outcries for a shake up in the bureau, Christie said that Rae knows how to get things done.

“He’s a quiet guy who’s getting the job done quietly,” he said, pointing that the conduct that led to cases like Flynn’s are not “happening now.”

“He’s not a show horse, he’s a work horse,” Christie said about Rae. “He’s getting the work done for the FBI and bringing it back to what it should be.”

Christie also implored The Cats Roundtable of the urgency to getting the economy “back to work.”

“That’s not to say we can go back to work the way we used to,” he reflected, adding “there’s going to be risk involved in everything we do.”

But Christie said that risk can’t come at the cost of who, and what, Americans are.

“The American people have never walked away from risk when it comes to protecting the American way of life. That’s what we need to do—and I hope that the governors all across this country begin leading us in that direction.”

Previous Post Newt Gingrich - China is not a friend, bear some responsibility for virus
Next PostNewt Gingrich: Reelecting Trump is “Key” to the Rule of Law

Newt Gingrich - China is not a friend, bear some responsibility for virus
Comment
Newt Gingrich: Reelecting Trump is “Key” to the Rule of Law
This site uses cookies. By continuing to use this site you agree to our use of cookies: Find out more.