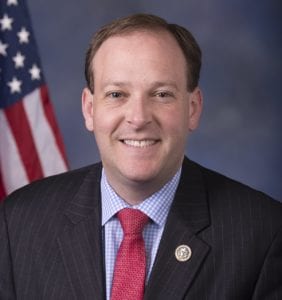 This past Wednesday, Speaker of the House Nancy Pelosi formally signed the impeachment articles and delivered them to the Senate onThursday, where Chief Justice John Robert presided as members began swearing in jurors for President Trump’s impeachment trial, set to start next Tuesday.

The impeachment trial is only the third in U.S. history, and the President’s acquittal is all but expected in the Republican-controlled Senate. But lawmakers, like New York Congressman Lee Zeldin, were still struck by the weight of the proceedings, which haven’t occurred since the impeachment trial of former President Clinton.

“You could sense a lot of gravity,” Zeldin told The Cats Roundtable this Sunday. “Hearing from enough of the Senators—the President is going to be acquitted.”

Despite the solemnity of the proceedings, Zeldin criticized Democrats and Speaker Pelosi for undercutting the occasion with an irreverent signing ceremony leading up to the delivery of the articles.

Eventually, Zeldin believes the main interests of Americans will be allowed to move forward past the impeachment. He hopes Democrats can work with Republicans to loosen the gridlock in Washington to deliver on legislation Americans are seeking, such as in education and infrastructure.

“I’d rather see the Speaker putting all this bandwidth into working with colleagues, and working with the President,” he told The Cats Roundtable.

Just prior to the Senate’s swearing-in ceremony, the North American Free Trade Agreement passed overwhelmingly in the Senate, with some dissenting Democratic Senators citing the lack of climate change provisions. The International Trade Commission has said if the USMCA is “fully implemented and enforced,” it could lead to an increase in U.S. GDP by .35 percent, and would add 176,000 jobs to the U.S. economy. The bill will now head to the White House for President Trump’s signature.

With the unemployment rate at a 50-year low, the U.S. markets hitting new highs, and the phase one of a trade deal with China signed this past Tuesday, Zeldin shares an optimism that with the USMCA, the Trump economy is only going to continue benefiting Americans.

“I respect any of my colleagues on the other side of the aisle being concerned, as we should be, about the environment,” he said, but “strongly disagreed” with Senate Minority Leader, Chuck Schumer, and others for voting against the USMCA based on climate change.

Zeldin believes common ground was responsible for the passing of the USCMA, and in the end calls for lawmakers to come together to give “a win for the American worker.”

While the happenings on the Hill are in focus, Zeldin also took time to discuss a new New York bail law that went into effect on January 1st. The law eliminated pretrial detention and cash bail options for 90 percent of arrests. Zeldin said the law needs to be repealed as it’s been a “total failure,” and could lead to less incentive for criminals to appear at court.

He said along with violent criminals potentially being released immediately after arrest, perhaps the most egregious part of the law was that hate-crime assaults were qualifying for cashless bail.

“We’re handcuffing our law enforcement and our judges instead of handcuffing the criminals,” Zeldin told The Cats Roundtable.

Dr. Joshua Hare - Stem cells truly one of life's phenomena and we are just beginning to learn.
Comment
Dr. Joshua Hare: Can Stem Cell Therapy Stop Aging?
This site uses cookies. By continuing to use this site you agree to our use of cookies: Find out more.