Congressman Tom Emmer: Hypocrisy Must Be Voted Out 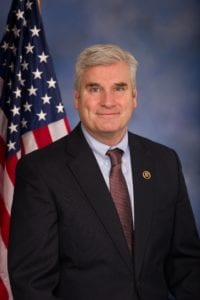 Trump entered the White House promising to “drain the swamp,” and following growing calls from Democrats to defund the police in response to social unrest across the country, the President and GOP lawmakers are again echoing the President’s 2016 slogan.

Democratic critics say a radical status-quo has set over the party, and, in Representative Tom Emmer’s words, forced Pelosi and other moderates to subscribe to “every socialist-democrat agenda item that is being pushed by the majority of her conference.”

While Emmer admitted Nancy Pelosi’s narrative in politics was an iconic one, working through an “old boy’s club” to become the Speaker of the House, he told The Cats Roundtable that the past few years of her legacy has been blighted by her inability to tame extreme agendas in her party.

“I think you’re seeing someone who’s doing anything she can to maintain her position, as opposed to being in a position to lead,” Emmer told The Cats Roundtable.

These radical policies include Medicare-for-All, the Green New Deal, and the growing cry from left-wing circles to defund the police. Emmer was particularly shocked by the latest of these agendas, and more shocked that the slogan has caught hold with moderate Democrats. He called Minneapolis’ decision to dismantle their police department, and NYC’s decision to cut 1 billion dollars from the NYPD, examples of “pure insanity.”

“These politicians on the left, frankly, don’t want any law and order. They’re not willing to stand up for it and the men and women who wear the blue, who protect us everyday,” Emmer said.

Congressman Emmer called on listeners to become their own solution by voting locally to oust ineffectual officials.

“I’ll tell you what you can do: you can vote, and you can know who you’re voting for,” Emmer urged.

He compelled voters to parse the truth tellers from the hypocrites, to investigate the record of representatives, and if they don’t live up to their words, to be ready to vote for candidates who will. Does your candidate vote strongly for law and order? Do they support the President’s policies, or have they blocked policies that would benefit Americans?

“The key is, people need to know who these people are who are representing them. They need to study what they’re actually doing, as opposed to the words they’re using—so that’s how you solve this” Emmer explained.

But Emmer told The Cats Roundtable he was no fan of the present moment in politics.

“This is not what any of us envisioned for the future of our country,” he said.

While he mourned the state of the current political moment, he felt the dead lock can galvanize the change that’s needed. To Emmer and to the President, that change includes a return to values they see evaporating in the New Left.

“We need to get back to the things that made this country what it is,” Emmer said, which include a return to personal responsibility, liberty, and respect for the rule of law.

“We have to honor and support all of those who are willing to put their lives at risk every single day to make sure they enforce the rule of law and maintain peace and order.”

John McLaughlin: Polls Don’t Count “Hidden Trump Vote”
Comment
Steve Moore - National sales tax to fast recovery
This site uses cookies. By continuing to use this site you agree to our use of cookies: Find out more.