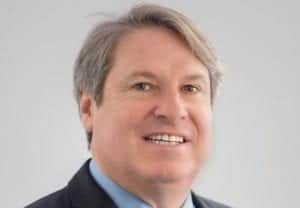 There’s no debate that the 2020 Presidential Election is shaping up to be a historical one. Polls showing President Trump trailing presumptive Democratic nominee Joe Biden has supporters of the President saying, “not so fast.”

With many days between now and November, pollsters like John McLaughlin say that the recent polls are shortchanging Republicans, in an attempt to undercut the President. He joined The Cats Roundtable to uncover the facts from the poll numbers, and why the media is repeating its mistakes in 2016.

Now, with much-publicized polls touted by mainstream media outlets showing the President trailing Biden from 10 to 15 points, McLaughlin didn’t believe the media had gotten the message.

“Where did these Republicans go? Did they leave the country? Have we been missing Trump voters?” McClaughlin asked.

He highlighted the tendency of mainstream polls to only poll “eligible voters” or adults, instead of “likely voters.” There’s a big difference, according to McLaughlin. In the Rasmussen poll, which uses a model closer to that of actual voter turnout, the President appears in a close heat with Biden, down by 3 points.

The polls favored by media outlets also fit the narrative of those companies that are making a concerted effort to push to their viewers: that Trump’s a lost cause.

In 2016, just prior to the election, NBC had Clinton leading Trump by 9, while polls in October had Trump down by double-digits. Out of over 130 national polls, Trump was only ahead in 13.

McClaughlin said the hubris of 2016 is rising again as November nears. Now, Clinton’s political career has faded while the Trump era has ascended. As 2020 swings toward the voting booths, McClaughlin believes Republicans will emerge as they did four years ago.

“We’re headed for another close election,” he told The Cats Roundtable, but was confident in the desire of Trump’s supporters to deliver four more years of his experiment.

In battleground states like Michigan, McClaughlin said that the fight will be over independents, who Trump won in 2016. Lulled by her high poll numbers, Clinton lost Michigan in a major upset, with some outlets reporting she had been polled 10 points ahead of Trump.

In recent weeks, the President has been ramping up his presence, from an Independence Day speech at Mt. Rushmore, to his announcement that 5 million jobs were added in June, while Biden has remained largely unseen, besides a recent speech in Pennsylvania.

McClaughlin told The Cats Roundtable that Trump will continue to speak to the promises he made stepping into office. But he warned against Biden, whose stance on police reform and compromise with socialist-democrats like Bernie Sanders would make him a “tragic” choice for President.

As minority communities grow disillusioned with a more extreme Democratic party, McClaughlin sees the GOP and Trump in particular taking up the banner for the voiceless. With pre-pandemic minority unemployment rates the lowest they’ve ever been, and the economy making the first steps into recovery, McLaughin sees a swell of support within black and hispanic communities that could tip the balance in Trump’s favor in key battleground states.

Following 2016, critics would be hard pressed to say that McLaughlin is wrong. According to McLaughlin, this “hidden Trump vote” is what the polls will never show.

Trump people are going to work hard, the President’s going to prove them wrong, and we’ll win next time. But I tell you what, it’s going to be a close election. It would be a mistake for the media polls to be saying we’re out of it right now.”

John Catsimatidis · John McLaughlin 7-19-20
Previous Post Roger Stone - Wow, that was close! Another couple of days.. the Grey Bar hotel.
Next PostCongressman Tom Emmer: Hypocrisy Must Be Voted Out

Roger Stone - Wow, that was close! Another couple of days.. the Grey Bar hotel.
Comment
Congressman Tom Emmer: Hypocrisy Must Be Voted Out
This site uses cookies. By continuing to use this site you agree to our use of cookies: Find out more.