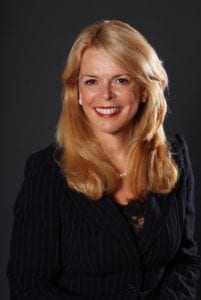 Dr. Betsy McCaughey, former Lt. New York Governor and founder of the Committee to Reduce Infection Deaths (RID), joined The Cats Roundtable to discuss the release this week by the CDC of new statistics on the number of deaths due to drug-resistant infections, and the practical steps patients can take to protect themselves and their family.
“The reason you and I are talking is there have been major announcements this week about one of the most lethal pathogens, one of the most lethal bugs ever to hit hospitals,” Dr. McCaughey explained to The Cats Roundtable.
The infection is called Candid auris, and was virtually unknown six years ago, but the CDC now lists the infection as an “urgent threat” with the mortality rate of those infected by Cl auris ranging from 30-60% percent.
Dr. McCaughey wants to assure listeners that unless you’re visiting a medical facility, you wouldn’t ever encounter C. auris or many of the other drug-resistant infections, but the danger for those who get treatment in hospitals is a serious concern, calling C. auris “probably the most lethal” infection yet.
She recommends listeners to visit RID’s website, www.hospitalinfection.org, to learn how best to protect themselves when visiting a medical facility.
“We have a list of steps you can take before you get into the hospital, and once you’re there, to reduce your risk,” she explained.
The addition of C. auris into the CDC’s long list of drug-resistant infections is coupled with the secrecy around the scope of the infection rate, and Dr. McCaughey says it’s “a serious problem” for patients.
“Hospital infections were one of the biggest killers in the United States,” Dr. McCaughey told Catsimatidis,
“If you’re seriously ill your biggest problem isn’t your insurance status. It’s the risk of infection when you go into the hospital…The biggest threat you have to make it out is whether you get an infection or not.”
Dr. McCaughey explained that hospitals, state governments, and the CDC had kept the information regarding C. auris under wraps and that the Committee of Reduce Infection Deaths had filed a FAFSA document with the Health Department and State of New York requesting that information be released.
“All 50 states were keeping it a secret until this week,” she said. “This week they released the information on which hospitals in New York are struggling with Candida auris.”
“I saw the list,” Catsimatidis added, “and it’s almost every hospital.”
That list identified 64 hospitals, 103 nursing homes, a long-term care hospital, and three hospice units as treating people with the infection.
“If I was going to the hospital next week, what would you recommend as my friend?” Catsimatidis asked Dr. McCaughey.
“Find out whether your hospital has high infection rate or low infection rate—it makes a huge difference,” she said. “It could be as much as five times higher risk at some hospitals than at others, and you can get that information from our website, www.hospitalinfection.org, and we’ll tell you what the hospital infection rates are for hospitals all over the country.”
C. auris is especially difficult to combat because of the speed in which it’s spread around the world, with the CDC acknowledging infections in 33 countries. C. auris and other drug-resistant infections are also persistent because they are resistant to ordinary hospital cleaners.
“You don’t want to be in a room where a previous patient has Candida auris,” Dr. McCaughey explained. “Once one patient brings it into the hospital, it gets embedded in the hospital.”
“If you had no choice and you went to a hospital that has the infection, what should you do?” Catsimatidis asked her.
“Bleach is what kills this,” Dr. McCaughey advised. “Bleach protects you from most hospital infections.” She cited a study that showed wiping surfaces around a patient’s beds with bleach wipes reduced the risk of hospital-acquired infections by 80%, but added that C. auris is not the only or most widespread drug-resistant infections.
“It’s the new kid on the block,” she said, “but it’s not the most numerous.”
She implored listeners to take practical steps to protect themselves from C. auris and other infections.
“Forget the candy and the chocolates,” she told The Cats Roundtable. “Bring a canister of bleach wipes and wipe the surfaces all around the bed.”

Steve Bannon - New National radio show: War Room: Impeachment - podcast
Comment
Steve Moore: When The Economy Can’t Get Any Better, It Does
This site uses cookies. By continuing to use this site you agree to our use of cookies: Find out more.