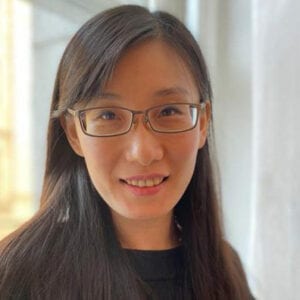 In December 2019, when reports first started trickling in that SARS-like symptoms were appearing in Wuhan, China, Dr. Li-Meng Yan was assigned by her supervisor at the HKU (a WHO research center) to conduct a “secret investigation” into the rumors.

Yan learned that the virus, contrary to official statements, was highly contagious—easily transmitted through human-to-human contact. When she informed her supervisors at the HKU, she told The Cats Roundtable that she was “shocked” to find that both minimized her findings.

Yan alleges her supervisors were part of a larger cover-up carried out by the Chinese government into the origins of the coronavirus. Though China’s official story is that the coronavirus has been contained there, Dr. Yan told The Cats Roundtable that we will “never know the true death-rate in China.”

She saw firsthand how China would systematically “ignore the cases” of the coronavirus, adding that the real tally in China was “beyond the number we already know.”

Unwilling to remain quiet, in late January 2020, Dr. Yan made the decision to go public.

“I had to deliver this message out, by myself,” she said cooly.

She appeared on a number of western news outlets to bring the “message of the truth” about the virus. Her message included accusations that the Chinese government censored her work and that her supervisors at the WHO ignored her warnings at the onset of the pandemic.

Though her whistleblowing led to China changing its official stance to acknowledge that the virus could easily pass from person to person, Yan told The Cats Roundtable that she’d been marked out.

“On the 2nd of April of this year, I was targeted by the Chinese Communist Party,” Yan told The Cats Roundtable. Intelligence told her that she “would have disappeared,” so she fled to the U.S., where she continues to make it her crusade to reveal the truth about the coronavirus.

She said that the most important way to combat the virus was tracing the root of the problem, not treating the symptoms. And to Dr. Yan, that root lies in China.

“We have to solve it from the beginning. It’s like the way you treat a patient. You have to know the reason for the disease—then you can treat it well. So here, the reason is the Chinese Communist Party.”

This month, Dr. Yan published a controversial research paper that traced the virus back to a Wuhan laboratory, telling The Cats Roundtable that Chinese researchers had the techniques to easily modify existing viruses.

“This is not a natural virus,” Dr. Yan said. “It has been modified in the lab to target humans.”

But as for a vaccine, Dr. Yan said that China’s research was lacking.

“I can tell you, China’s government never had any vaccine developed successfully in their history,” Yan claimed.

Her research has been met with denial from China, as well as what Dr. Yan believes are concerted efforts “established by the Chinese Community Party and their cyber-military” to smear her reputation. Though her Twitter account was suspended, she told The Cats Roundtable that fake-accounts posing as her remain active.

She urged people to seek out her research firsthand.

“I showed it to the public because I think everyone deserves the truth,” Yan said. “It’s an urgent time.”

Steve Bannon - The plot to steal the 2020 election.
Comment
Alan Dershowitz: Israel, U.A.E., Bahrain Deal “Absolutely Remarkable.”
This site uses cookies. By continuing to use this site you agree to our use of cookies: Find out more.