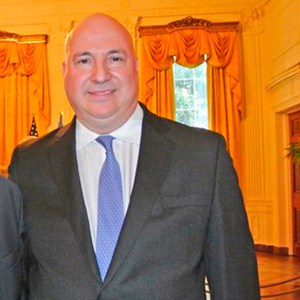 Johnson & Johnson announced this week its one-shot vaccine was 72% effective against the virus in the US, heralding a new hope in the battle against Covid19.  Though not as high as the Pfizer or Moderna vaccines, its vaccine doesn’t require ultra-cold storage and is administered in one shot.

Dr. Peter Michalos, WABC’s in-house expert, brought some perspective to the vaccine announcement, telling The Cats Roundtable J&J’s vaccine combined with new anti-viral treatments would be the real “game-changer” in the race to tamp down the virus.  While its efficacy is lower than that of its competitors, Michalos highlighted that the typical annual flu vaccine was 45 to 60% effective.

“It’s unprecedented and almost magical that they were able to get 90 plus percent protection with these Pfizer and Moderna vaccines, and it’s still amazing with the 72 percent with the Johnson & Johnson vaccine,” Michalos explained.

Michalos noted that despite a lower efficacy rate, the vaccine, which J &J could receive emergency FDA approval for within weeks, was value-added to the fight against the pandemic.

“I think the next six weeks are going to be very, very important, and a lot of good news will be coming out,” Michalos said, predicting that with more “oral anti-viral treatments” coming to the market that the country will be “in a lot better shape by June.”

The new vaccine couldn’t be coming at a more crucial time in the fight against the pandemic.  Even as cases finally begin to fall, the first reports of newer, more viral strains of the coronavirus in the US have raised alarm bells for scientists.  The arrival of the new strains from South Africa and the UK coincide with a lagging vaccination effort that the Biden administration has promised to streamline to 1.5 million vaccinations a day.  Michalos appeared skeptical of the wider politicization of the virus, pointing out that even with mask mandates and lockdown orders, states have seen cases surge.

While lockdowns have seemed to miss the point, average Americans have borne the brunt of the financial and health burdens of the pandemic, punctuated by mixed messaging from health and government officials and the rampant politicization of the virus.

But ultimately, Michalos struck a note of hope.  He praised the “new scientific discoveries” that had fueled this breakthrough in human innovation and told The Cats Roundtable that a broader international vaccine effort was needed.

“Right now we need all the vaccines we can get,” Michalos urged.  “The more people worldwide that develop immunity, the faster we’ll get out of this.”

Tidal McCoy - Chinese collecting American DNA samples.
Comment
Jim Chanos: A Week For the Ages
This site uses cookies. By continuing to use this site you agree to our use of cookies: Find out more.