Jim Chanos: A Week For the Ages 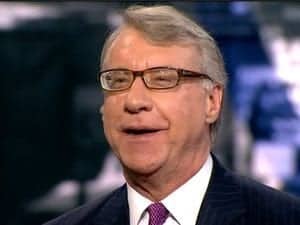 If you’re trying to make head or tails of Gamestop, you’re not alone.  While the mainstream news and lawmakers alike have framed the viral rise of the game retailer’s stock as a fight against the greed of hedge funds, while others have pointed to it as a worrying sign of a broader market bubble.  The volatility in Gamestop and other companies seemed to trigger, or coincide, with one of the worst slides in the market since October, and led to bi-partisan calls for investigation after online brokerage Robinhood restricted the buying of Gamestop and other stocks.

Jim Chanos, President, and Founder of the Kynicos Associates LP broke down the facts of the Gamestop saga for The Cats Roundtable.

“This is kind of a unique story that has, I think, got blown out of all proportions as it relates to sort of the bigger picture, the broader impact on the market, and even politics,” Chanos said.

But before the spin, what is the true story, according to Chanos?

“What happened was, a number of hedge funds got aggressively short the brick and mortar company, GameStop, which sells new and used video games,” the Kynico’s founder explained, adding investors, primarily online, subsequently bought into Gamestop against the hedge funds’ bets.

What started at $10 dollars a share in the fall galloped past $500 by the end of January, leading to huge losses for the short-sellers. But that’s when the story began to change, according to Chanos.

“It wasn’t anymore about the merits of Gamestop as an investment, but really about the fact that retail investors were beginning to beat Wall Street at their own game,” he told The Cats Roundtable.  “So over the last week, the stock absolutely went parabolic. I think at one point it hit 500 dollars. So it went up multiples on the idea that the little guy was beating the big guy.”

Two big problems with that narrative were that many Hedge Funds were invested or owned GameStop stock shares already and that because of regulatory rules, the online brokers used by many of these armchair investors didn’t have the capital to back the unprecedented trading on their platforms.

While there have been short squeezes, and bull-bear struggles in the market, Chanos explained this was “quite a bit different” once the stock went meteoric.

“You know if something’s kind of bizarre when you have AOC and Matt Gaetz agreeing on something,” Chanos told The Cats Roundtable, but added what they agreed on was fundamentally a misunderstanding of the market. Instead of an issue of the have against the have-nots, Chanos worried it pointed to a larger generational recklessness of new, primarily online investors.

“The broader issue is to where we kind of are in our markets—is that people just think they have no downsides in these situations, and that’s what’s so frightening,” Chanos admitted, adding it was “akin to the chatrooms in the dotcom era where people were recommending stocks to each other on the Yahoo message boards.”

To Chanos, the outrage from lawmakers and commentators doesn’t reflect the true state of things.  Though painted as the poor playing the rich at their own game, the truth is that the outrage over not being able to buy GameStop stock, which has grown in value by 1,500%, was a little farcicle.

“You’re outraged that you’re not allowed to make even more money?” Chanos asked.  “It seems to me to be a pretty weak political argument, that it’s going to be hard to keep white-hot interest by having protests that you’re not making enough money on Wall Street.”

But Chanos admitted that regardless of the spin, the ongoing drama with Gamestop was one for the history books.

“For those of us that are sort of ancient, like me, this has been a week for the ages.  I mean, we’ve never seen anything like this, broadly speaking.”

Dr. Peter Michalos: Important Developments in Fighting The Virus
Comment
Dick Morris - Early days of President Biden.
This site uses cookies. By continuing to use this site you agree to our use of cookies: Find out more.