Dr. William J Parker III: “Positive About The Outlook of The United States” 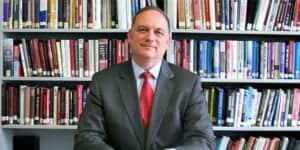 Even before he was sworn into office, Joe Biden campaigned on the promise to reverse the course of Trump-era policies at home and abroad.  But national security experts and lawmakers are worried that the Biden administration could be slow to react to rising tensions around the world, tensions that seem to be emboldened by the exit of Trump’s America First foreign policy.

The concerns about Biden’s resolve to protect US interests coincided with the first airstrikes under his leadership, targeting Iranian militias responsible for attacking US troops in Iraq.    Congressional lawmakers of both parties have expressed dismay that Biden carried out the airstrikes without informing Congress.

Dr. Parker noted a president should “be able to respond quickly” to threats against US interests, but he also questioned Biden’s decision to not share information.

“If it’s a preemptive, or when it’s planned like this one is, in general, there is enough time to discuss with senior leadership and to inform the Congress, or at least some members of Congress before you do this kind of strike,” Dr. Parker told The Cats Roundtable.

But what the airstrikes have proven is the deep influence Iran has been building across the Middle East.

Syria is not the only place where Tehran is using chaos to serve its interests. In Yemen, a proxy war between Saudi Arabia and Iran has led to a humanitarian crisis only exacerbated by the pandemic. The through-line is clear to national security experts like Dr. Parker: Iran is sowing and exploiting the chaos to attack Americans.

“Yemen does have a major problem—Yemen and the Saudis continue to fight with the Houthi rebels,” Dr. Parker told The Cats Roundtable.  “Much of that is supported with weapons from the Iranians.”

But there are forces at play in the Middle East that seek to resolve tensions, most recently with the historic visit of Pope Francis to Iraq, in a quest to build and repair relationships that were torn down when the Islamic State took control over large swathes of the country in 2014.  But Dr. Parker felt the Pope’s visit might be a thankless task.

“You’re probably not going to change any hearts and minds within Iraq itself,” Dr. Parker admitted to The Cats Roundtable, but he was hopeful that the Pope would decide to visit other countries on his trip, including Turkey and Armenia, where his presence might echo further.

According to Dr. Parker, the greatest focus of a Biden White House will be America’s standing in Asia, and in particular China.  Dr. Parker was concerned Trump-era trade policies that sought to equalize the relationship between the two superpowers would erode under Biden.

“We have to be very careful, as a nation, to watch any transition that we make before we can confirm as a nation that our intellectual property is not being stolen, that we have positive relationships as opposed to negative relationships with those we trade with,” Dr. Parker said.  “And that has not been the case with the Chinese.”

He dismissed the idea China could take on the US but told The Cats Roundtable Beijing’s military and economic capabilities were “improving by the day.”

Ultimately, Dr. Parker believed the US, despite the crises that have swept across the country, remained equipped to bear the torch into the future.

“In the long run, you have a very strong military, we have an economy that has so far survived a very difficult time with Covid,” Dr. Parker explained.  “And I believe the United States will be stronger because of it, even though it’s been very difficult.  We will get through, this and I’m very positive about the outlook of the United States states over the next decade.”

Dick Morris - Biden's first days
Comment
Steve Moore: A Roaring Recovery This Summer
This site uses cookies. By continuing to use this site you agree to our use of cookies: Find out more.