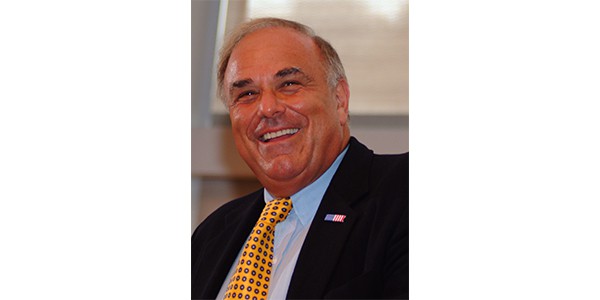 John C.:                Good Morning America. This is the Cats Roundtable. John Catsimatidis here. What’s going on in America? It seems like the Democrats, the Republicans, they’re rowing the boat in different directions with us this morning, Ed Rendell, former governor of Pennsylvania, former mayor of Philadelphia and former Democratic National Committee Chairman of Common Sense. Good Morning, Governor Randell. How are you this morning?

John C.:                Yeah, me and you grew up in politics, when we disagreed with each other, but at the end of the day at five o’clock we all sit down and have a beer with each other and hug each other. What’s going on in today’s politics?

Ed Rendell:         Well, you know, John, I read a book last year, it was written by Chris Matthews and it was called The Tip and the Gipper. And it was about President Reagan who was obviously a fairly hard-line conservative, at least for that year, and Tip O’Neill was a liberal Democrat from Massachusetts who was, of course, Speaker of the House and it talked about their relationship, their friendship. Although they were diametrically opposed in their political views, they compromised and got things done for the country. There was so much trust in that relationship that for the first time Gorbachev wanted to see an American leader, President Reagan chose not to go himself, but he said, let Tip O’Neill, a Democrat, who was Speaker of the House at that time, meet with Gorbachev. Can you imagine anything like that happening today? No, not a chance, not a chance, and we were better off because these guys both decided that they wouldn’t stick to their hard lines. They would try to compromise and get the best thing that they could for the country and we need that to happen again.

Ed Rendell:         It all comes from presidential leadership because when I was governor, I reached out to the Republican leaders. I shared some of the revenue allocations with them. I shared a spotlight at press conferences where our programs did well. I tried to build a coalition to get things done and that’s what we need in America right now. We need to do a bipartisan immigration bill, which means both sides have to compromise. We need to do a bipartisan infrastructure bill, which means both sides are going to have to find a way to fund it and stick by it. And we ought to do a bipartisan fix to Obamacare. The Republicans should realize they’re not gonna repeal Obamacare and try to change it and make it better. And the Democrats should pitch in and do that.

John C.:                And the other issue is the border wall. Now every Democrat I know and you know, five years ago was on television saying, yes, we need a wall. We have to protect our borders. Now just because Trump is for it, they’re against it. I mean this is our country. We want immigration, but we can’t feed the whole world. What do you think, Ed?

Ed Rendell:         Yeah, absolutely. Look, there are some places where a wall is necessary and needed and good. And if the professional personnel tell us that there are additional walls needed to be built, we should agree to build them, but we should agree to build them only if the other side compromises and let’s say, fixes the dreamers. And then what they ought to do is compromise on a really comprehensive solution to all of the problems facing us with immigration. Let’s get it done. Both sides can compromise. The conservative right wingers don’t want these immigrants who are in the country illegally, they don’t want them rewarded with citizenship. So let’s give them a way not to become citizens right away, but a way to become legal residents of the country.

Ed Rendell:         The Democrats want protection for those illegals and a road to legalization is a perfect way to get them protection. And when we fold in all the different things or other things that are needed to get resolved in our immigration debate, like for example, every foreign student who’s here legally to attend college or grad school, the day they graduate, should be given an application for American citizenship because those are the smart people who are going to create jobs, who are going to bring economic vitality to us. We ought to do that and we ought to not have caps on those types.

Ed Rendell:         And on the other end of the economic spectrum, we need more people who work on farms to pick the fruit and pick the vegetables. We need more people that to be busboys and restaurants and Americans generally don’t want those jobs. Immigrants do. So you ask anybody in the restaurant industry, what would happen if we closed the borders to immigration? They’d say it would be a disaster for our industry because we couldn’t get busboys. We couldn’t get folks at that level. Same thing for the food and vegetables and farm businesses in the country. They need those immigrants at the bottom end so we ought to develop a temporary work permit, where someone can come in for six months and work and then leave and go back. Most people who cross the border, I’m not talking about those seeking asylum, but most people who cross the border are looking for work. They don’t want to become American citizens. They just want the opportunity to participate in our economy and it’s the job we’re having trouble getting Americans to fill it. We should, in fact, make it easy for those people to come across the border.

Ed Rendell:         Well, look, it’s a fine line. On the one hand, I said then, I got quoted a lot when I said, after we won the control of the Congress, that we ought to legislate and not just investigate and we ought to legislate, we ought to do the people’s business. But there are some areas where investigations are appropriate. No question about it. If there’s evidence that the president or the president’s family was laundering money and was laundering money from Russia, that’s something that we should take into consideration. It may or may not be a crime, was the President pursuing a deal with the Russians during the campaign, the Trump Tower deal? That’s something we should investigate, but they shouldn’t be the primary focus of what Democrats do in the Congress. What Democrats have to do in the Congress is pass legislation that would address the challenges facing the ordinary family.

John C.:                Governor Ed Rendell, that’s one thing we both agree, common sense should prevail. Thank you so much for calling in this Sunday morning. And God bless you.

Ed Rendell:         Keep up the good work and the country needs moderates like John Catsimatidis.

Rudy Giuliani – Biden family in his sights. Democrats not happy. 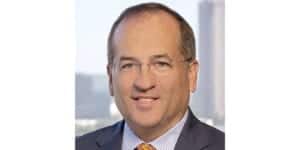 Robert Ray – Impeachment was never in the cards with the GOP majority in Senate.

Dr. Joel Fuhrman - Eat your Vegetables!
Comment
Steve Moore - Nominated for Federal Reserve
This site uses cookies. By continuing to use this site you agree to our use of cookies: Find out more.