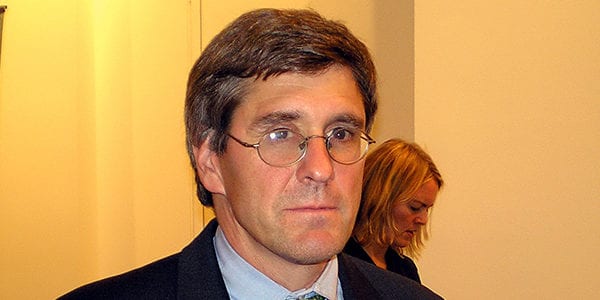 Steve Moore:                    Hi John. I’m good. Although I got to correct you on something. The hot rumor right now is that Herman Cain will also be appointed to the Fed by President Trump. So I may not be the latest, but by the way, Herman Cain is a superstar. I knew him when he ran for president and his 999 plan and I can’t think of anybody better than Herman. You know, let’s get some businessmen and businesswomen on the Fed who have real-world experience. So that’s a pretty cool thing, too.

Steve Moore:                    Been happening for the last almost three years now under Trump, we keep getting numbers that are better than expected and it’s because Trump is doing the right thing on the economy. He’s getting government off the back of our businesses. He’s allowing wages to grow. He’s cutting taxes that deregulation, you know this because you’ve worked with Donald Trump. You’ve known him for a long time. I mean, this is a pro-business guy and he defies his critics at every turn. And you know, this was a monster jobs number. When everybody thought the economy was slowing down, we get this beautiful number with, we’ve got the lowest unemployment rate now since the Beatles were still playing together. And for blacks and for Hispanics and for women and for disabled people and for people without a high school degree. You know, we’ve got great numbers. I mean this is a great economy right now. We got a little bit of a slowdown in growth in the first quarter, but I don’t think it’s anything to be concerned about. And I’m with Larry Kudlow. I don’t see any, especially after the report that came out on Friday. I don’t see any recession on the horizon. They anywhere as far as I can see.

Steve Moore:                    Yep. And you know, you look at what’s happening in investment in this country right now, it’s very good. I mean the business investment has been very positive and that’s in no small part because of the tax cut. You know, everywhere I go around this country and as you know, John, I’m on the road maybe as much as you are and I go everywhere from Portland, Oregon to Portland, Maine. And you go across the country, whether it’s big towns or small towns, all you see is construction going on. And it’s a beautiful thing to see. It’s a sign of optimism. It’s a sign that people feel very confident about the future. And I think it’s because of this in no small part because of this president.

Steve Moore:                    Well, I think that’s a great point. You know, I think that if look at, my view is if the economy, 18 months from now is as strong as it is now, I think Trump will be in very, very strong shape for his reelection. Now if the economy goes south a little bit, people will get a little bit worried. But look, I think he’s in strong shape. And again, I think the economy, I don’t see what would cause a recession. And we’ve got, as you know, right as we speak, President Trump is trying to wrap up this trade deal with China. I think it will be a good deal. It’s not going to be a great deal, but it’ll be a good deal. It will require China to buy more of our stuff, which they should do. It will require them to stop stealing our intellectual property to the tune of hundreds of billions of dollars a year.

Steve Moore:                    Those are all very positive things. The one thing that I’m a little worried about, John, is that the world economy, the global economy has slowed down a little bit and it’s hard for the US to carry the rest of the world economy on its shoulder. So it’d be nice to see some of these, European countries and Japan and other nations to grow a little bit faster so they can buy more of our stuff, our exports will increase. And that I think is the thing I’m most worried about right now.

Steve Moore:                    I’m hearing that they’re getting close, John. I mean, and there’s a big difference between getting it done and getting it close. I think … Look, Donald Trump wants to as good a deal as he can get and hey, look, I’m a free trade guy. You’re a free trade guy. Larry Kudlow is a free trade guy, but you’ve got to deal with the Chinese in a pretty harsh way. I mean the Chinese have been cheating and stealing and they’re engaged in some pretty troubling behavior in terms of cyber espionage against the United States, hacking into our computer systems. I mean this is a country that is involved in some pretty troubling behavior. And I applaud Trump for standing up to Beijing toe to toe and saying we’re not going to take this anymore. You’re going to change your behavior. But what I’m hearing is that they are day by day getting closer to the Chinese, making this agreement. I think the hardest part of this, John, is it’s one thing for the Chinese to sign a document that says they will do such and such. It’s another thing for them to actually do what they promise to do. And what Trump is really focused on, and I think appropriately, is how do you actually enforce this trade deal? How do you actually make sure that the Chinese will do what they say they do?

Steve Moore:                    I think that’s very well put, I’m very pro-immigration. I think immigration is one of the great assets that we have for this country, but they have to come legally, lawfully, and they have to wait their turn. That’s what America is about. You don’t just put your place in line. And so we can’t have this craziness at the border. We have to enforce our borders. I mean, as Trump says, very appropriately, a nation without a border is not a nation. And so I, look I hope that we don’t get to the point where Donald Trump actually shuts down the southern border. I think that would be very problematic for Mexico and the United States. But I think he’s using some leverage here to get the Mexicans to … as Trump says, they enforce their border of people coming in from the south. Why can’t they make sure that people aren’t rushing over our border? I think that’s an appropriate point. And he’s not backing down here. I know, I know Donald Trump as you do, this is a guy who is not making false threats here. And I think in the end of the day, because Mexico needs to do commerce with the United States, they will start to do their part to enforce that border on their side of the border.

John C.:                                I was at a couple of bank meetings this week and we talked about interest rates hurting the mental stability of our economy. In other words, people are afraid of them. There are some people that are saying there’s a possibility of rate decreases. Have you heard that at all?

Steve Moore:                    Well, you know what Larry Kudlow has said is that he and Donald Trump believe that there should be a 50 basis point decline in interest rates. I’m not going to comment on that just because of my situation under nomination. I will say this, that I’ve written publicly before this all came about that I think the Fed is a little bit too tight right now. And that’s when you get a situation where you get a pro bono policy where you have all this global demand for dollars at the same time the Fed is raising rates and pulling dollars out of the economy, that that can cause a slight deflation. And I’m a little bit worried about that. So when I get over there, I’m going to be someone who wants stable prices. You know that’s the best the Fed can do, is create a situation where a dollar today is worth with what a dollar will be worth two years from now and five years from now and 10 years from now and there is a slight risk of deflation. Look what’s happened to commodity prices over the last six months. They’re down by 10%. So I do think that there’s a case to be made possibly for a rate decrease, but I’m not going to even be over there for five months so that those decisions will probably be made before I sit in those hallowed halls.

Steve Moore:                    Stay confident. You know this is a great economy. If you’re on the sidelines, if you can’t, if you’re thinking about finding a job, there was never been a better time in the last half-century to find a job in this country, and a good paying job, than today. We have an economy where we need all hands on deck. We really do. We need every single American to be working. And I think we’re going to get that kind of situation and I’m bullish. I’m very bullish on the US right now. I love the situation that Trump has created.

John C.:                                Well, Steve Moore, thank you so much for coming on this Sunday morning and keeping all Americans informed and congratulations on your nomination and we look forward to you serving America even better. 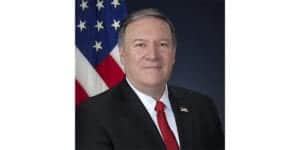 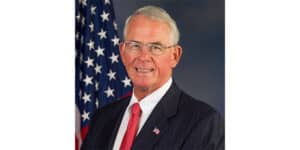