Mayor Rudolph Giuliani – Mueller report based on a lie 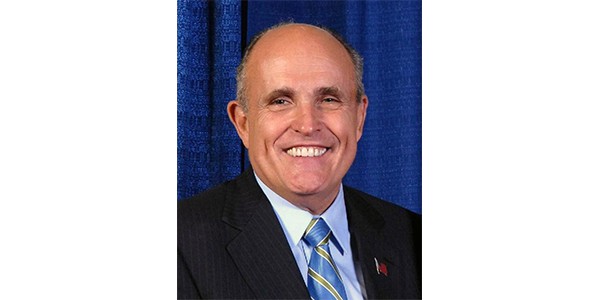 Rudy Giuliani:                     Well, right now the attorney general is going through the 400-page report. We’re told it’s 400 pages. I haven’t seen it yet, John. And he is gonna release, I’m sure, the vast majority of it. He’ll have to keep out certain things that the law requires, like classified material and grand jury material, although he can probably work around that and find other ways to describe it. And maybe things that have to do with some innocent third parties. I don’t know. But, I think, you’re gonna get the full explanation of Mueller. I think you’re gonna see no collusion of any kind, which raises the question, “Why did we have this investigation in the first place?” And that’s a very good question, which I’m, kinda, working on the answer to. I don’t think it just happened accidentally. I think it was the product of a … Do you wanna call it, a political dirty trick, or do you wanna call it a crime? I don’t know. Criminal conspiracy. But, in any event, I think the collusion … We’ll leave that question open. How did this come about?

Rudy Giuliani:                     And then the obstruction: I think the facts are gonna be pretty much undisputed. Maybe a few little differences here and there, but there may be a different interpretation of what constitutes obstruction. I mean, they’ve had some crazy ideas like his Tweeting could be obstruction; or his firing Mueller could be obstruction. I don’t know how you can obstruct if you can fire a guy under the Constitution and you’ve got about 10 reasons to do it, including an IG’s report that finds him guilty of all kinds of ethical violations. But there are some people on his staff, on Mueller’s staff, that were extremely partisan Democrats, strong Hillary supporters, they have extreme prejudice against the president. I mean, one of them was texting how much he hated him. So I expect to see a few problems here and there but nothing that can’t be answered. And the ultimate conclusion is: There are no indictments for collusion, for obstruction, and there’s no claim that you can prove a case of collusion or obstruction against a president. So that’s far different than the crazy New York Times headlines of a year ago, you know? That he’s gonna be impeached.

Rudy Giuliani:                     Well, of course, he should, and there’s nothing partisan about it at all. I mean, actually, the Democrats, for years, have had the benefit of a double standard, you know? Hillary committed every crime you can possibly imagine. Is anybody speaking about obstruction of justice for President Trump? Look, he didn’t destroy 33,000 emails; he didn’t have his cellphones crushed to death with hammers; and he didn’t bleach his servers so nobody could see what was on them. I mean, that’s what we call obstruction. Firing your FBI director is not obstruction. It’s carrying out your duties as the president of the United States.

Rudy Giuliani:                     So, I think, all Bill Barr’s reacting to is the double standard that exists. There are some things here that cry out for prosecution. I mean, the conflict of interest between Bruce Ohr, who was in the Justice Department, kinda, spearheading this investigation, and his wife, who was making money from the company, who was pushing the investigation … The couple’s getting a million Dollars … That’s like a direct violation of Section 1001 … I’m sorry, Section 208 of the United State’s code, conflict of interest. I’d put people in jail for that. Cohen testifies in front of Cummings, who says, “I’ll throw the book at you.” And he says he’s, “Telling the truth,” and then he says, “I never asked for a job.” I think you know that Cohen asked for a job, John. Everybody in New York knows he asked for a job. And he’s on audio tape-

Rudy Giuliani:                     One of … Yes, I think, the gentleman indicted was a counsel to President Obama, and he was indicted for his involvement in Ukraine and, I guess, lobbying the Obama administration and not reporting it, and also lying about it. So, I don’t know what that amounts to, but I can tell you, John, the thing that interested me is the Ukraine. There’s a developing story here about the Ukraine that involves how a lot of … Maybe the Genesis of this investigation took place there, and there are some figures involved and that … Like our ambassador … And some very partisan Democrats, and some people who are involved in creating evidence.

Rudy Giuliani:                     So this is according to the Ukrainian prosecutor general and although, of course, it doesn’t get reported in the American media, except maybe the Hill and a few other places, but the Ukrainian prosecutor general has opened up an investigation of Democratic interference, on the part of the Democratic Party by Ukrainian nationals, which is precisely what this collusion charge was of the Russians that turned out not to be true. Problem here is, I think there’s a lot of documentary evidence that it may be true. I don’t know who it involves but, I think, stay tuned for that, and I don’t know that’s what Barr was referring to, but it may be. He seemed pretty certain that he had a basis for opening an investigation, and he also seemed pretty certain that there were real questions about the validity of those affidavits for the FISA warrants.

Rudy Giuliani:                     No, no, no. I don’t think so. I know I’ve heard that joke, but that is not true. Whatever issues there are with Jeff Sessions, he’s an extremely moral and decent man. I don’t know, John. Maybe he was just over his head. The attorney general of the United States is, maybe … I don’t know … Probably one of the most difficult jobs next to being president. I worked for two attorneys general. Worked for one of them directly, Bill Smith, in the Reagan administration. You need a guy of extraordinary intellect, tremendous moral courage. Barr really fits the bill. The guy is a super lawyer. He’s a great guy. A good person. You’d love him. A great guy. Normal guy. And he’s got ethics that, you know … They’re not gonna … Everybody questioning him should have his ethics, let’s put it that way. I’m watching somebody’s congressman question him, who I’ve seen lie, and they’re questioning a guy that I know doesn’t lie. It gets a little annoying.

Rudy Giuliani:                     We better, John. You know it sure was that was when I was a US attorney, that’d be in the 80s, during the Reagan administration. I prosecuted Republicans and Democrats. Didn’t matter to me. I never cared what you were. If you committed a crime, you committed a crime. If you didn’t, I sure wasn’t gonna prosecute you. I remember once people came to me in the middle of the 1984 election. They wanted me to open an investigation of Geraldine Ferraro’s husband based on evidence that’d been lying around for years and a lot of it sounded like gossip. But, probably, if there wasn’t an election I’d open the investigation. I threw them out of my office and I said, “No. I’m not gonna have my office used in August or September of an election year for an investigation that I can’t possibly complete before the election and one that certainly isn’t some kind of an emergency crime that has to be looked at right now.” I don’t remember what happened to that but it never turned into a Federal case, that’s for sure.

Rudy Giuliani:                     But those were the kinds of ethics that I was taught. And I wasn’t unusual. The Democratic US attorneys had the same view. Comey really screwed this thing up with what he did with Hillary. I mean, you can’t justify his conclusion that, “No reasonable prosecutor would have prosecuted her for obstruction of justice.” As I said, you know, she destroyed things. That’s classic obstruction of justice. Not firing a person who works for you when you have the Constitutional duty to make sure that the laws are faithfully executed.

John:                                     Mayor, last question: There’s some State attorney generals or DAs, especially in New York, that are trying to go after President Trump, and that almost sounds like double jeopardy but, I understand, the States are separate and they can do what they want. How do you view that?

Rudy Giuliani:                     Well, I think, Letitia James basically disqualified herself from investigating President Trump by announcing that she was, “Gonna do it and go after him,” when she was running for office more aggressively than anybody. You don’t run for office as attorney general or district attorney in order to go after … What is this? Les Misérables? You don’t run for office to go after one man. And we don’t search an entire man’s life in order to find something wrong with him. Nobody would ever be president if you did that. I mean, okay, if there’s an allegation of a crime, investigate it. But you don’t go just open up a man to a grand jury investigation or prosecutorial investigation for his whole life. And that’s what they’ve done to him. I tell you, he’s withstood that scrutiny unbelievably. I’m not sure most of those politicians would be able to withstand it.

Rudy Giuliani:                     I mean, I know Donald Trump for 30 years and I know that there’s a big myth about him. The fact is this guy conducts business fair and square. I’ve seen it, and I don’t know what they’re looking for. I don’t know what they’re looking for, but it’s not right. It shouldn’t be done. We have a Statute of Limitations in this country, usually five/six years. They’re going back 10, 11, 12, 13 years. They haven’t found anything. They’re probably not gonna find anything. I know they’re not. I’m afraid they’ll manufacture something.

Rudy Giuliani:                     Look, they manufactured the case in the Southern District. Those payments to people making the allegations against him, which constantly get referred to as hush money … God Almighty! Boy! I’m not allowed to talk about my experience as a lawyer, but I made settlements like that. They’re called settlements, John. Anybody in business does them, and usually you have a non disclosure agreement with them. It’s common. It would be malpractice if you didn’t do it as a lawyer. Unfortunately, he had Cohen as a lawyer, who screwed it up completely ’cause Cohen screwed up everything he touched, and then lied about it.

Rudy Giuliani:                     The reality is there’s nothing wrong with those. It’s done all the time. It is not a campaign contribution otherwise everybody with lawsuits against him are gonna run for office, take their campaign money and pay their lawsuits off with it. It’s a personal expense, even if it happens the day before an election. So that is a manufactured case in order to try to find something else. Just like the collusion thing, you’re gonna find out, John, the collusion thing was manufactured. It was made up. 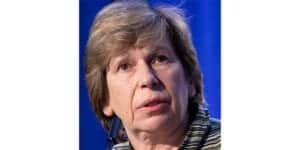 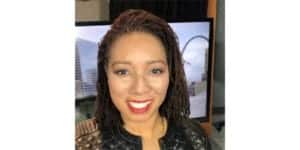 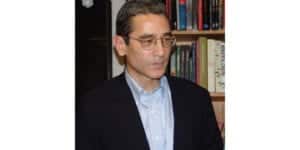 George Marcus - Grand Marshall of Greek Parade today
Comment
Congresswoman Elizabeth Cheney - Speaker Pelosi has lost control
This site uses cookies. By continuing to use this site you agree to our use of cookies: Find out more.