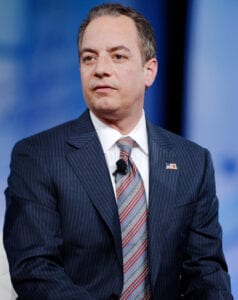 While the election battle in Pennsylvania has taken center stage, Republicans such as Trump’s former Chief of Staff, Reince Priebus, believe the media is failing to report on Trump’s fight in other battleground states like Wisconsin, where the President’s legal team has built a “good legal argument” in their election bid.

“You don’t hear a lot about it because it’s a pure legal argument,” Priebus told The Cats Roundtable Sunday, “and it’s a pretty good legal argument, in the sense that it’s pretty solid, based on state law, and some case law.”

According to Priebus, the President’s arguments point to serious questions in how the election in Wisconsin was handled, where Biden leads Trump by about 20,000 votes.

To Priebus, these court cases, and not headlines about Milwaukee recounts, where reports show Biden’s lead there increased by hundred votes, would make or break Trump’s chances in the state.              “What they’re arguing about is over a hundred thousand ballots that will be decided by the courts,” Priebus said about Trump’s election challenges in the state.

Priebus believes President Trump has a way forward, one that his campaign will begin to argue in the coming days, and hopefully compel Wisconsin to “go forward with the remedy.”

“The point is this,” Priebus said about Trump’s legal challenges. “In Wisconsin, it’s probably one of the cleanest arguments.”

Newt Gingrich - Country needs confidence in election
Comment
Newt Gingrich: Biden Promises a Return to the Swamp
This site uses cookies. By continuing to use this site you agree to our use of cookies: Find out more.