Senator Marsha Blackburn: China is Not Our Friend 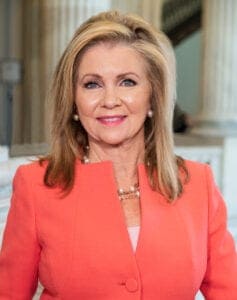 President Trump has been hawkish towards China since he entered office in 2016, with an intent to reverse what he viewed as a decades-old exploitation of American markets. The pandemic has seen a new string of retaliations against Beijing, with the U.S. shutting down the Chinese consulate in Houston, and the President’s latest executive order banning Chinese social media apps, TikTok and WeChat.

Senator Marsha Blackburn is part of the chorus of voices sounding the alarm on the long-term threat posed by China, telling The Cats Roundtable that Beijing is “not our friend.”

There are concerns that China, Russia, and Iran are actively attempting to influence the outcome of the November election, and Blackburn echoed other lawmakers when she said that the coordination of unrest across the country ahead of the election could point to the involvement of outside entities.

“There is some type of organization that is really funding and equipping these rioters in the cities,” Blackburn said. “And people know that someone, or some entity, is behind this level of organization, and that is a tremendous concern.”

Following a Wednesday hearing with a Department of Justice task force into the funding and organization behind violent protests, Blackburn told The Cats Roundtable that she believed there was more to the protests than what meets the eye.

The Tennessee Senator criticized Democratic Senators who refused to speak out against organizations behind much of the violence, such as anti-fa.

She accused Democrats of hamstringing law enforcement officers as they attempt to deal with the unrest, even in the midst of a global pandemic.

Ultimately, Blackburn told The Cats Roundtable that the woes in the U.S. have their start with China, and called on Americans to help put pressure on Beijing by bringing American businesses and infrastructure back from overseas.

“Join us in holding China accountable,” Blackburn said. “We need to make ‘Made in America’ really mean something again, and we need to bring our pharmaceutical and our critical supply-line manufacturing back to the U.S.A.”

Blackburn told The Cats Roundtable that Yates was not informed of an FBI interview with then-incoming National Security Adviser Michael Flynn in early 2017, and admitted: “she would not have signed the FISA warrant had she had known what she now knows.”

Senator Tom Cotton - Freedom of speech on college campus under fire.
Comment
Senator Tom Cotton: Mail-in Voting “Ripe for Fraud”
This site uses cookies. By continuing to use this site you agree to our use of cookies: Find out more.