Dr. Ian Lipkin: “I Just Know What We Need to Do” to Fight Pandemic 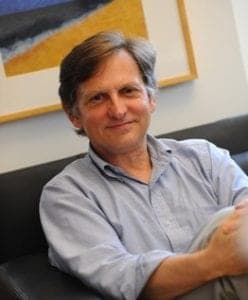 Dr. Ian Lipkin, professor of Epidemiology, and Director of the Center of Infection and Immunity at Columbia University’s Mailman School of Public Health, joined The Cats Roundtable to address the treatments being tested to confront the coronavirus.

Dr. Lipkin, who came down with the coronavirus in New York himself, after returning from China to study the origins of the virus, told The Cats Roundtable that the experience gave him respect for people “putting up with far more than I have.”

“I was very sick,” Dr. Lipkin explained, adding the one certainty about the virus is the uncertainty around it.

Dr. Lipkin dispelled misconceptions of the virus, such as the statement that it moves mainly through the air, while clarifying the virus is “very stable” on surfaces, lasting up to as much as three days.

“People can be infected with this virus without realizing it—particularly younger people,” he told The Cats Roundtable, adding that the “vast majority” of cases were through these asymptomatic carriers, leading increased risk for a large segment of the population.

He also called the assault on the health care sector “dire,” explaining that the increasing rate of people infected who need ventilators, is not being met by the supply. He told The Cats Roundtable that access to a ventilator or not can determine if you are carried “over the brink.”

Dr. Lipkin betrayed hope in new trials that could lead to a treatment or speed up the search for a vaccine, but added that these trials are not the “panacea we’re all seeking.” He cited his own use of hydroxychloroquine during his quarantine and the bigger trials of the drug at New York Presbyterian, but added that he had “no idea” if the drug helped him or had “no effect at all.”

But Lipkin added that the evidence, for now, is simply not there, yet. He explained a big fear is that the “treatment” could do more damage than it could help.

“When we complete this trial, we will know whether or not if this is a useful therapy, or it isn’t,” he said, adding that tests for three to four other drugs used in HIV and cancer therapy are also being conducted.

“We’re going to find out as rapidly as we can what the very best treatments are,” he told The Cats Roundtable, reflecting that it is through proper testing that real results will emerge.

“I just know what we need to do,” he explained. “We don’t know much about how to treat people, and I know we need to do this research.”

The necessity also demands that the normal methods of research have to be conducted differently, often parallel with other trials, instead of the usual pipeline of trial, efficacy, and distribution.

“These are not normal times,” he explained, noting that the priority of researchers is how to mix investment and production based on “what makes sense,” including using animal models as surrogates for humans so we can “accelerate” the process, with the end goal according to Dr. Lipkin being widespread vaccination.

“I think we’re going to be able to shave several months off the worst case scenario,” he said. “The way this really resolves at the end of the day is going to require vaccination.”

Previous Post Cardinal Timothy Dolan - People are renewing their faith in these troubled times.
Next PostJames Carville: “Anybody’s Guess” If Election Will Happen in November

Cardinal Timothy Dolan - People are renewing their faith in these troubled times.
Comment
James Carville: “Anybody’s Guess” If Election Will Happen in November
This site uses cookies. By continuing to use this site you agree to our use of cookies: Find out more.