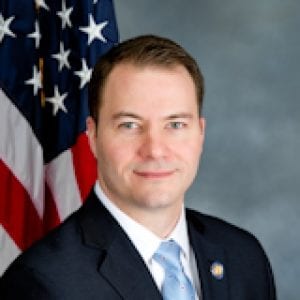 New York State Senate Minority Leader Robert Ortt joined The Cats Roundtable to discuss what the state GOP is seeking to accomplish under his leadership, and why the increasingly radical Democratic platform offers an opportunity for Republicans to rebuild in 2020.

Ortt now heads a party that only two years ago led the majority in the 63-member state Senate, but lost that majority following a wave of retirements.

As New York continues to recover from the impact of the coronavirus, Ortt outlined his charge to defeat a liberal agenda that has deprioritized safety, increased state spending, and enacted taxes that have fueled a diaspora of thousands of New York families and businesses out of the state.

“There’s never been a greater need for an opposition voice to what’s going on right now out of Albany, and across the state,” Ortt told The Cats Roundtable.

In Albany, spearheaded by a Democratic statehouse, lawmakers have passed sweeping criminal justice reforms, including a bail reform that many critics say lacks oversight and puts communities at risk.

Following the civil unrest sparked by the death of George Floyd, calls by progressive lawmakers to defund the police have grown in the statehouse, and Ortt said that the current climate in Albany is regressing; he said that those who villainize the police have “inverted priorities.”

“The current Democratic majorities in both houses have been far more concerned with people in jails than they are with people who are out trying to protect us from criminals,” he said. “They’ve demonized law enforcement.”

Combined with the pandemic’s strain on the economy, Ortt says that now more than ever a one-party rule in the state needs to change, or else the status quo will remain.

“My concern is is that the one-party rule in the state is just going to do what has always been done,” Ortt told The Cats Roundtable, adding that with the recent victories of progressive candidates in Democratic primaries, common sense Democrats, who were once likely to work toward bipartisan legislation, have left the picture.

“This state is going in a hard left direction that’s going to be bad for many people, and I believe bad for all New Yorkers,” Ortt explained. “I would tell any New Yorker, you are better served when you don’t have one-party rule, you’re better served with common sense, serious people in office.”

But by going against the Democratic grain, Ortt believes the GOP can grow its base across the state. While he’s ready to lead the firewall against far-left legislation, he told The Cats Roundtable that New Yorkers have to begin mobilizing against policies that fail to keep their best interest in mind.

“New Yorkers need to really pay attention and get serious because we are moving, I think, in a very dangerous direction.”

Sidney Powell - Flynn is going to walk. Lesson, hire good lawyers
Comment
Sidney Powell: I Will Keep Fighting Until This is Set Right
This site uses cookies. By continuing to use this site you agree to our use of cookies: Find out more.