Sidney Powell: I Will Keep Fighting Until This is Set Right 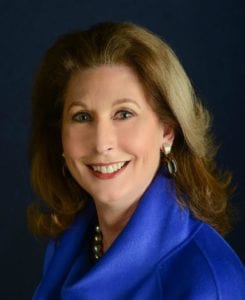 But the U.S. district judge Emmet Sullivan has stunned commentators by not signing off on the court’s decision, effectively putting Flynn’s case on hold in what some critics have called a blatant contempt for the rule of law.

Flynn’s Attorney, Sidney Powell, joined The Cats Roundtable and said she was “flabbergasted” by judge Sullivan’s failure to carry out the appeal court’s decision, calling it “another first that is contrary to the rule of law.”

The latest developments follow a trial full of drama, including the intervention of the Justice Department to dismiss the charges against Flynn, followed by Judge Sullivan’s appointing a “friend of the court” to investigate the DOJ’s decision.

Flynn had pleaded guilty in 2017 to lying to the FBI as part of the Trump-Russia investigation, but later retracted his plea, and took on new legal counsel. Under Powell’s counsel, the case against Flynn began to fall apart after a release of court documents revealed a shoddy investigation by the FBI, and the failure of his original legal team to defend him.

Judge Sullivan’s delay to carry out the appeal court’s mandate to dismiss the charges has put the whole process on hold, and Powell explained that there was little anyone could do for the time being.

“We’re in limbo right now, inexplicably, because the judge didn’t do what he’s supposed to do,” Powell said.

In normal times, a federal judge could be impeached, but Powell doesn’t “see that happening in this congress.”

She told The Cats Roundtable that the unprecedented bucking of court decisions by a federal judge is setting a dangerous precedent, and said that Flynn’s case has been “incredibly political and partisan,” with one judge involved suggesting Flynn’s case be delayed until after the November Presidential election.

Powell was particularly disturbed by how politics have seeped into the court system, to the point that the rule of law in cases like Flynn’s, even when leaving “nothing to the imagination” in terms of his innocence, could be weaponized by a lone judge’s prerogatives.

Attorney General Bill Barr has stated publicly that indictments, related to the mishandling of the Mueller Investigations, are expected by the end of summer, and Powell believes the Attorney General’s investigation will continue to bring to light the partisanship at the root of the prosecutions and investigations into former and current Trump associates.

Powell sees Flynn’s case as just the tip of the spear of a larger assault on constitutional law in favor of partisanship.

But Powell is worried that growing calls to slow down state reopenings amid the coronavirus will put those indictments at risk. She told The Cats Roundtable that it would be a “huge debacle for the rule of law” if the public fears shutter courthouses that only now are beginning to open again after closing during the pandemic.

Powell explained that while Flynn’s case is a victory, it is the obligation of Americans who want to keep justice blind to continue to speak out.

“The very life of our Republic and our Constitution are at stake right now,” Powell told the Cats Roundtable. “They’re under attack from every single angle.”

“The silent majority can’t be silent anymore. I will keep fighting until this is set right.”

NY Senator Robert Ortt: New York GOP Stands as “Alternative” To Extreme Policies
Comment
Ambassador David Cornstein - United States still the symbol of freedom in the world.
This site uses cookies. By continuing to use this site you agree to our use of cookies: Find out more.